Sepesa Curuki and his community are coming to terms with the prospect of climate change-related relocation from Cogea village on Fiji’s second largest island of Vanua Levu. Their village, which lies between two rivers that flow into the Pacific Ocean only 2km away, has been battered by intense and frequent cyclones, flooding and erosion, threatening their very existence.

“We are heartbroken to be having to leave our ancestral land, but to survive we must relocate to a safe place”, the 36-year-old school teacher tells IPS on a scratchy phone line, reverberating with the background sound of pelting rain.

“Our close-knit community of 72 people has experienced three severe tropical cyclones in one year.  TC Harold in April 2020 and TC Ana in January 2021 caused extreme flooding, and TC Yasa in December 2020 completely consumed 23 of the 37 houses in the village. Not even a single post was left standing. The remaining homes, including ours, experienced widespread destruction”, says Curuki, who now lives with his wife, mother, two brothers and four children in a two-bedroom concrete home and a tent.

Fiji accounts for 0.006 percent of global carbon emissions and it became the first country to ratify the  2015 Paris Agreement. But it, along with its other low-lying Pacific Island neighbours, is experiencing the catastrophic effects of climate change unfold in a fast forward mode.

“Heavy rainfall has been triggering landslides and causing the riverbank to burst, flooding and severely damaging the crops — our only source of livelihood. In my life span, I have never seen anything like the destruction caused by TC Yasa. Most of the villagers are now living in tents scattered around the silt-covered remnants of what was once a thriving village with farms green with root crops,” says Curuki’s 63-year-old mother, Timaima, on the speaker phone as she chops cassava (tavioka) and dalo (taro) for lunch.

A quarter of Pacific Islands people live within 1 km of the coast. With the next cyclone season looming, the people of Cogea are awaiting relocation as a matter of urgency.

Fiji had released its relocation guidelines in 2019, which stated that “planned relocation represents an option of last resort”. Human mobility is established as a priority human security and national security issue in the country’s National Climate Change Policy 2018-2030. The government has established the Climate Relocation of Communities Trust Fund (CRCTF) to relocate communities, forced to move by climate change-induced rising seas and extreme weather, to safe areas.

The project is being implemented by the United Nations Institute for Training and Research (UNITAR) through its UN Satellite Centre (UNOSAT) with a consortium of partners, including the Commonwealth Secretariat, which is spearheading the access to climate finance component of the project.

“CommonSensing uses satellite data for calculating baseline conditions and for measuring the climate-related changes over time in aspects, such as deforestation, sea-level rise, flooding, land degradation, fisheries, coastal protection and food security. This concrete evidence-based data, which shows the impact of climate change on vulnerable communities and what can make them more resilient, makes the rationale for funding much stronger”, Nair tells IPS.

Of the international climate finance available, only three percent went to Small Island Developing States (SIDS) in 2017-18. A report compiled by the Fijian Government and the World Bank said Fiji will need to spend $4.5 billion over the next 10 years on measures to adapt to climate change.

“The EO tools can help SIDS to develop and implement green stimulus measures and also in the process of revising and implementing their Nationally Determined Contributions (NDCs) as the ability to access climate finance effectively becomes increasingly relevant”, Katherine Cooke, CNCFA for Fiji, tells IPS.

“We have recently conducted Climate Finance `Writeshop’ training for government officials and stakeholders in Fiji in the use of CommonSensing data to meet the complex requirements of climate finance applications.  It focused on three project proposals: Fiji Rural Electrification Fund – Mitigation; Climate Change Relocation – Adaptation; and Decarbonization of public bus transport in Fiji –Mitigation”, Cooke adds.

Use of EO technologies and data in enabling better access to climate finance is still in its early stages. It is currently being trialled for Disaster Risk Reduction and Response and Adaptation.

As UNITAR-UNOSAT Geographic Information Systems (GIS) expert, Leba Gaunavinaka, who is embedded with Fiji’s Ministry of Economy, tells IPS, “In the event of natural disasters and the three recent Tropical Cyclones that hit Fiji, the National Disaster Management Office (NDMO) activates their National Emergency Operations Center (NEOC) and divisional EOCs coordinating response. We join them with other governmental representatives as part of the joint taskforce, where UNOSAT provides satellite imageries and GIS support to the team engaged with planning and deployment for distribution of relief in the immediate aftermath”.

Gaunavinaka says, “NDMO’s GIS team provides updates to the daily situational reports (SITREPs). For TC Ana, there was widespread flooding due to the intense and prolonged rainfall that followed. UNOSAT supported with a flood susceptibility map (using height above nearest drainage method) and this was also shared with government stakeholders”.

“There is a trend to use offline apps for capturing data by actors on the ground and later sync when there is internet connection. Now there is an active OpenStreetMap (OSM) Fiji community supported by the HOT’s Community Impact Microgrant running monthly mapathons to crowd-source information updating Fiji’s building outlines coverage of OSM. One can also find areas, where there are data gaps in building outlines and where OSM mappers aim to focus on, from UNOSAT’s Data Quality Assessment Tool available from the DSS tool on the CommonSensing Platform”, she adds.

Based on the available data, users can benefit from understanding the overall risks their communities are prone to, and what priority interventions can be deployed to reduce vulnerabilities and improve coping capacities. 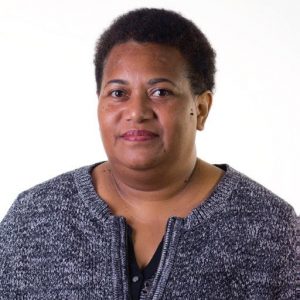 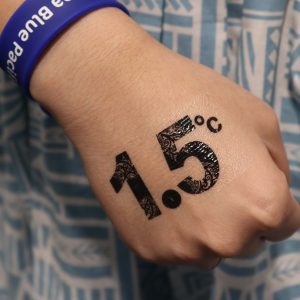 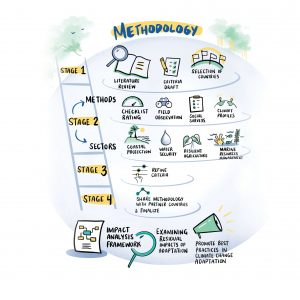 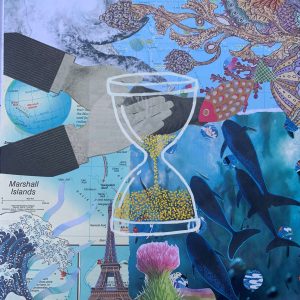