Saving for a rainy day

It is well understood that the Pacific Islands is one of the least insured regions in the world, with some estimates putting the penetration rate at just 3.6%.

These figures are particularly sobering given our collective vulnerability to climate change impacts. The cost of damage from cyclones to governments can be debilitating, particularly if they come on top of another pressure, such as the coronavirus pandemic. Cyclone Winston in 2016 cost Fiji an estimated US$470 million. Cyclone Pam a year earlier cost Vanuatu in the region of US$450 million. Tonga, Vanuatu and Fiji suffered significant financial tolls as a result of Cyclone Harold last year.

However, there has been some incremental progress in the climate change financing space in recent times.

Last December, the Governor of the Reserve Bank of Fiji, Ariff Ali, launched the Pacific Insurance and Climate Adaptation Programme.  The initiative is designed to provide “agile and immediate post-disaster financing through market led disaster risk financing instruments,” he said.  The development, piloting and scaling of market-based parametric insurance solutions will be part of the Programme’s work.

It is a project of the UN Capital Development Fund, United Nations University, and United Nations Development Program, and will be focused on women, youth and medium and small enterprises, who are disproportionately affected by natural disasters, as well as vulnerable sectors such as agriculture, fisheries, retail and tourism.

Reports produced by the Program looked at the situation in several island nations, finding that in Tonga, “most people and businesses have no insurance protection, coverage against natural hazards is difficult to obtain and expensive, and the national regulatory framework is inadequate.”

The Programme reports that non-life insurance penetration in Tonga was only 0.9%, well below the average for the Pacific region. Only 13% of adults report having any form of insurance (mostly life and health cover), while 22% report that they are unfamiliar with what insurance is, according to the National Reserve Bank of Tonga.

Similarly in Vanuatu after Tropical Cyclone Pam in 2015, “many business owners who had not procured cyclone insurance folded in the aftermath of the storm, unable to reinvest sufficient savings in their businesses or to tap sources of credit” according to the World Trade Organisation.

Back in 2013, the Pacific Catastrophe Risk Insurance Company (PCRIC) launched a pilot parametric insurance product to provide short term liquidity to governments in the immediate aftermath of disasters caused by cyclones, earthquakes and tsunamis. Last year, under this arrangement, Tonga received US$4.5 million from PCRIC following Tropical Cyclone Harold.

“The reality is that insurance does not solve all the disaster risk management finance needs and really is only sensible financially for low frequency, high impact events,” he said. “Disaster risk finance requires a layered and coordinated approach starting with a country’s contingency savings, the use of concessional loan facilities [such as those made available through international financial institutions] and also national disaster insurance.”

John Plevin, a Financial Sector Specialist working with the Crisis and Disaster Risk Finance global team at the World Bank said: “With the right partnerships you can develop insurance markets that allow households, that allow businesses, to become resilient financially to natural disasters.” He said while support and facilities are in place, Pacific Island governments need to articulate what they need. “Is it coverage for new risks from insurance, new products entirely, or is it just greater technical support and information,” he asked.

He stresses the need for disaster and climate risk finance to deliver social benefits and safety nets for the Pacific’s most vulnerable through, for example, micro-insurance, while “really capitalising on the agency of people to deliver and support themselves when disasters strike” by giving them a measure of control such as cash transfers.

Lund suggests a mix of micro-insurance and sovereign government-level insurance is the most strategic approach for Pacific nations. But he says the region should also be looking at questions such as what are the barriers to insurance, why can’t the Pacific access the right types of reinsurance, can we start looking at larger insurance pools across similar communities, and is it possible to start highlighting specific demographics that should have subsidised insurance?

In Samoa, Lilomaiava Samuel Ieremia the Assistant CEO Economic Policy and Planning at the Ministry of Finance, told the webinar participants that a Disaster Risk Financing Strategy is being developed which draws on the lessons of the measles epidemic and COVID-19 pandemic, such as the ability to relax procurement processes in times of great need. Lilomaiava says further work is needed to determine relevant insurance products with insurance companies nationally or regionally.

At a regional level, the Pacific Islands Private Sector Organisation (PIPSO) told the Forum Economic Ministers that insurance for asset protection and business interruption to the private sector in response to the climate crisis can be expensive and inaccessible. “As climatic event severity increases as forecast, we will face significant issues in the insurance sector, which may require Government intervention to resolve,” PIFON’s submission to the Ministers states.

Just before the pandemic and writing for the Center for Global Development, Vijaya Ramachandran and Junaid Sadiq Masood asked, “Are the Pacific Islands Insurable?” They raised the need for transparency about the cost of insurance contracts and related exposure to disasters, anticipate that donors would need to subsidise premium payments in the same way they currently subsidise payouts post disaster, and suggest consideration be given to “linking premiums to the degree of resilience preparedness.”

Finally, they believe an overarching body, such as the Pacific Islands Forum, should “keep track of overall levels of indebtedness and encourage all actors to minimize duplication and administrative costs.”

“There may be political economy considerations for both PICs and donors to go the private insurance route (rather than the direct payout route) but these need to be explicit and carefully costed. This is especially the case if public funds are being directed to private companies and/or used to subsidise private insurers or their clients,” they write.

Managing the level of indebtedness, when COVID-19 has exacerbated concerns over the debt burden, remains one of the biggest issues in planning for climate finance, and insurance responses for our governments, and the longer the coronavirus crisis continues, the more intractable those challenges will become. 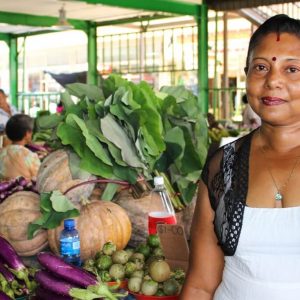 Nurturing the seeds of MSMEs

Economists used to say that micro, small and medium enterprises (MSMEs) were the backbone of 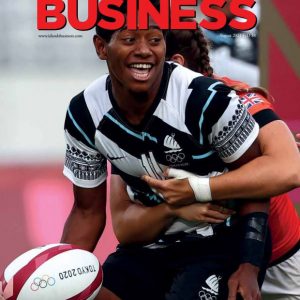 Fiji’s shot in the arm for MSMEs 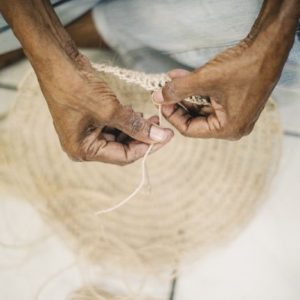 Weaving a path to sustainabiliy 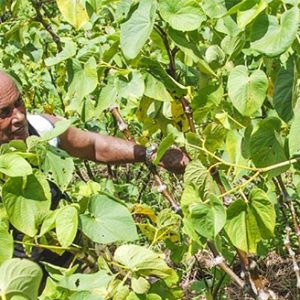 Tourism may be the poster child of the Pacific’s post-COVID economic crisis, but it’s not