It is reporting season at the South Pacific Stock Exchange, with ATH, Communications Fiji, Kontiki Growth Fund and FijiCare all reporting profits. Plus Fiji Airways celebrates 70 years and exploration is underway at Thunderstruck’s Liwa Gold/Silver site.

Amalgamated Telecom Holdings has announced a consolidated profit after tax of F$14.6 million for the 2020-21 financial year. In its statement to the South Pacific Stock Exchange it says while the pandemic has caused revenue loss in some parts of the group, its diversified revenue has allowed the Group to “cushion the impacts to some extent.”

Kinetic Growth Fund has recorded a net profit of F$87,228 in the first half of 2021, due mainly to an “unrealised gain from an increase in the share prices” of Kontiki Finance and Fiji Kava last financial year.

However it says that it is difficult to estimate what impact COVID-19 will have on KGF’s investments this year, citing the case of Oceania Communications Limited, which has only just re-opened its office after closing for several months under lockdown rules. Another venture KFG invests in, Island Quarries remains closed, with its quarry site at Mau currently inaccessible to staff in Suva.

Fiji Airways celebrates its 70th anniversary this week, with CEO Andre Viljoen telling staff during a virtual celebration that they are drawing on the airline’s history to fight the current existential crisis caused by the COVID pandemic.

“Our grit and determination to survive and thrive, as we have done for 70 years, is the foundation on which our airline will return to the skies post-pandemic.”

“The world has changed and there will be a new normal for travel when most countries re-open their borders and we are ready for it,” Viljoen continued.

CEO/President Bryce Bradley states: “We have spent nearly three years to prepare the Liwa gold/silver asset for drilling and have delineated four initial targets spanning three kilometres of this extensive geological system. The entire team is delighted to begin testing this prospect which has produced some exceptional gold and silver grades at surface.”

The program will consist of drilling, gridded geochemical sampling, and reconnaissance mapping and sampling to the north and south of known prospects.

Pacific commercial broadcaster Communications Fiji Ltd has announced a group profit of F$98,954 for the first six months of the year to June 30, 2021.

Group Chairman William Parkinson said it has been an extraordinarily tough six months. “To remain “in the black” is an amazing achievement and lessons learnt through this period will continue to deliver returns in the future. The CFL group retains a solid balance sheet recording net asset of $14,641,946 (14,368,477 June 30th, 2020) with good cash reserves and minimal debt.”

CFL has decided not to pay an interim dividend given uncertainty in the market. “The board also noted recent Parliamentary statements by the Minister of Communications with regards changes to FM transmission. CFL Management is currently seeking more information on these proposed moves and at present is unable to forecast what impact this might have,” Parkinson said.

CFL’s Papua New Guinean subsidiary, PNG FM continues to perform strongly and forecasts for the second half of the year indicate an improvement on 2020’s performance.

Almost half of the applications for the extended COVID-19 Relief phases have been rejected by the Fiji National Provident Fund, either because the applicants had an  insufficient General Account balance or because members already accessing the Government’s unemployment assistance.

Chief Executive Officer Viliame Vodonaivalu said it was unfortunate that almost half of the total applications received, were rejected. “We sympathise with these members, but we have been clear about the qualifying requirements for the extended relief. Despite being aware of the criteria, some members have tried to beat the system, even after applying for and receiving the unemployment assistance from Government.”

Fijian oil, ginger and vanilla and other ingredients featured during a Fiji-China online trade expo in May, with a simultaneous  live event in Beijing.

“Products such as vanilla, coconut oil, turmeric and ginger powder are not ordinary ingredients in Chinese dishes. It is very rare to find these ingredients in a Chinese kitchen, so we want to showcase the potential and the ‘flavours’ of these ingredients with consumers, food service industry and buyers with a view to eventually drive the sales of Pacific products in China,” Mato said. 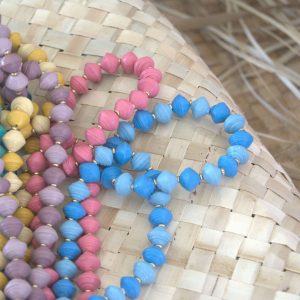 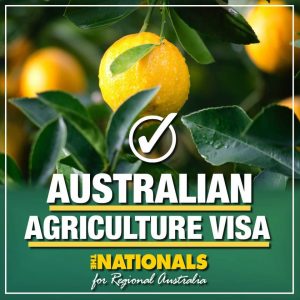 Australian Agricultural Visa: an end to the PLS?