The Pacific Islands News Association has paid tribute to media workers covering the COVID-19 pandemic, recognising their commitment and the “great sacrifice” they have made.

In a statement made to mark 2021 World Press Freedom Day today, PINA notes that while “our health workers have been rightfully recognised as ‘frontliners’ in the fight against COVID19, the critical frontline efforts of our media workers in bringing much-needed information and news to our people has been largely forgotten.”

“Much like our health sector colleagues, our media workers go about their daily work, also at high personal risk and exposure to this virus, but with the unwavering desire to inform and educate our people,” PINA says.

PINA President Kora Nou urges governments to vaccinate journalists “to ensure they can continue to work without having to fear for their health and their lives.”

“Our journalists have worked hard to get governments to host more regular media conferences during the onset of COVID so not only misinformation, but real procurement problems can be addressed quickly.

“But journalists need to be able to rely on their own independent reporting, without fear or favour, not just media conferences,” Pareti says.

In Fiji, National Federation Party General Secretary Seni Nabou said: “Fiji owes those who promote independent and impartial news, our immense thanks. They are doing a remarkable job given that Fiji has only selective media freedom.”

“While the Government may have concerns about Covid rumours slowing down its vaccination rollout plans, as a matter of principle, we must all uphold the freedom to “to seek, receive and impart information, knowledge and ideas”, as well as the freedom from “scientific or medical treatment or procedures without an order of the court or without his or her informed consent”, as promoted in their 2013 Constitution,” Nabou said.

“Fiji will only enjoy absolute media freedom with the repeal of the draconian Media Industry Development Act, first legislated as a Decree in 2010,” Nabou says, pledging to repeal the Act. “This will have to be done as a matter of priority by the next government.  And we will do it.”

The  2021 World Press Freedom Index compiled by Reporters Without Borders (RSF) shows that “journalism, the main vaccine against disinformation, is completely or partly blocked in 73% of the 180 countries ranked by the organisation.” The Index rates New Zealand as the 8th  most free nation in  (Norway is in first place). Samoa is ranked at 21, Australia at 25, Tonga at 46, Papua New Guinea at 47, Fiji at 55 and Timor Leste at 71. Other Pacific Island nations are not ranked.

Reporting on Samoa, RSF says:  “In a sign of further decline in the situation in 2020, the prime minister threatened to ban Facebook and personally brought a defamation suit against a blogger whose comments he did not like.”

On Tonga, RSF noted years of tension between government and media and stated: “Pohiva Tu’i’onetoa, who became prime minister in October 2019, must put a stop to the pressure and meddling and ensure that journalists enjoy full editorial independence.

RSF says in Papua New Guinea: “The installation of… James Marape, as prime minister in May 2019 was seen as an encouraging development for the prospects of greater media independence. Journalists were disillusioned in April 2020 when the police minister called for two reporters to be fired for their “misleading” coverage of the Covid-19 crisis. In addition to political pressure, journalists continue to be dependent on the concerns of those who own their media. This is particularly so at the two main dailies, The Post Courier, owned by Australian media tycoon Rupert Murdoch’s News Corp, which is above all focused on commercial and financial concerns, and The National, owned by the Malaysian logging multinational Rimbunan Hijau, which doesn’t want its journalists to take too much interest in environmental issues. As a rule, the lack of funding and material resources for proper investigative journalism and reporting in the field has tended to encourage “copy-and-paste” journalism. So the efforts undertaken by the commercial TV channel EMTV News to practice and promote investigative reporting are encouraging. Social media are meanwhile developing rapidly but the advent of Facebook has led to the creation of many politically-affiliated accounts that focus on spreading disinformation and attacking independent journalists. Reporters continue to be prevented from covering the fate of asylum-seekers held in Australia’s migrant detention centres on Papua New Guinea’s Manus Island and in the capital, Port Moresby.”

RSF says in Fiji: “The sedition laws, with penalties of up to seven years in prison, are also used to foster a climate of fear and self-censorship. Sedition charges poisoned the lives of three journalists with the Fiji Times, the leading daily, until they were finally acquitted in 2018. It was the price the newspaper paid for its independence, many observers thought. The newspaper’s distribution was banned in several parts of the archipelago at the start of the Covid-19 pandemic in March 2020 because – the government said – the press was not an essential service. The pro-government Fiji Sun was nonetheless distributed with complete normality in the same areas.”

PINA has also used the day to salute five media workers for their “tireless and immense contribution to the Pacific media fraternity.” 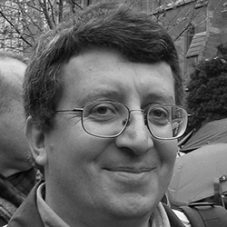 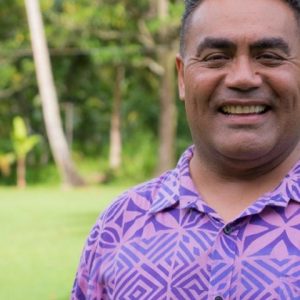 Pacific travel bubble should be “cautious and incremental”: SPTO 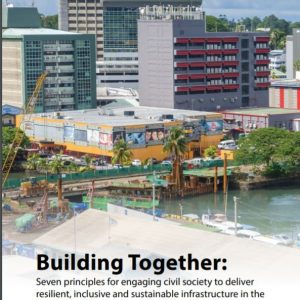 Building quality infrastructure in the Pacific means going beyond a narrow focus on hard assets, 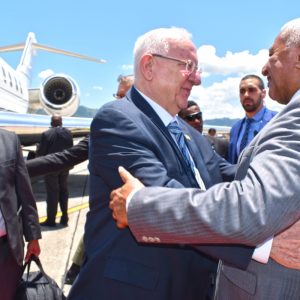