The late Abdul Lateef, founder of Lateef & Lateef Lawyers in Suva, was uninterested when it was suggested that a book be written about him.

A lifetime of service to country before his retirement in the late 1970s was a matter that required no explanation.

The politician-turned-lawyer simply shrugged off the suggestion, followed by an emphatic “No”.

“That was just the way he was,” said his grandson Zarin Lateef, now managing partner of Lateef & Lateef, in an interview with Islands Business.

“Despite significant contribution to community and nation, he didn’t see the need to be in the limelight.”

This year, Lateef & Lateef celebrates its 50th Anniversary as a law firm operating in Fiji, fully locally-owned and established during an auspicious era in Fiji’s history.

Influenced and shaped by events that transpired between the final decade of British rule in Fiji and the birth of independence, the life of its founder was one suffused with the history of not just law but the embryonic politics of modern Fiji.

“He was a trailblazer in many ways,” said Zarin, who grew up heavily exposed to the politics of the day.

He fondly recalls a childhood where “home” would be graced by the presence of prominent iTaukei chiefs who were well- known politicians of the day, and the grassroots folks from both the Indian and iTaukei communities.

“He strongly believed in multiculturalism at a time when people believed in segregation of the races. So, instead of joining the National Federation Party, which at the time was an Indian Party, he was one of the few Indians in the Alliance Party. In fact, he was one of the founders, along with Ratu (Sir Kamisese) Mara and Ratu Edward Cakobau, in 1966.  So he was very close to the prominent chiefs in those days, all of whom became family friends.”

The late Abdul Lateef began his career as a lawyer, the first local to be made partner in Cromptons law firm, which he joined shortly after returning from his studies in Australia in 1954.

Being the first “coloured” lawyer to join the biggest and oldest law firm in Fiji at the time was itself seen barrier-breaking and he stayed with Cromptons for the next 15 years.

Lateef left Cromptons in 1970 and a year later opened Lateef & Lateef, which he managed until his retirement from law in 2001.

While his legal career spanned over four decades, it was, in hindsight, a path that he may not have taken had his foray into politics not been hindered by a stroke in 1966.

His early days in law ran in parallel to his involvement in politics, and his moderate views led him to contest the 1966 national elections on an Alliance Party ticket.

However, he never made it to Election Day.

“He had a stroke on the day he lodged his ticket to his nomination form,” said Zarin.

“It was August and he was in a coma for the next four months but the amazing thing is that while in hospital, lying in a coma, he got voted in. No campaign. Not many people can say they won an election from a hospital bed and never addressed the people once.  But he did. He was 46 years old.”

It was a convincing yet bitter-sweet victory as he slept through it all only to wake up four months later with the right side of his body paralysed.

“He had to teach himself to write again with his left hand now, which wasn’t his dominant hand but he forced himself – I remember people telling me that he even had to relearn names of people – some of them he forgot.  So he basically almost had to start again,” said Zarin.

In an interview later, Lateef shared his shock when told by his wife that he had won the election.

“That motivated him to get up and do something.  The people had given the chance so he was not going to let sickness stop him from doing good and great things for this country.  I always hear the story when I was young that after recovering from the stroke, and eventually making his way to the legislative council, he received a standing ovation from all the members including the governor general. For his recovery,” said Zarin.

Lateef would serve on the legislative council until 1970, when it formally became known as the Parliament of Fiji and he remained as a Member of Parliament until Fiji’s first post-Independence national general elections in 1972.

Ill health forced him to withdraw from contesting that election and with the blessings of Ratu Mara, Lateef left active politics, although remaining a strong supporter of the Alliance Party.

“He then focused on the law firm.  But I’m absolutely sure that if he did not have the stroke, he would have been made a minister in Ratu Mara’s government, to show the Indian people that they are being represented. Whether or not he would have opened a firm is another story.  He might not have,” said Zarin.

When he died in 2008, he was 88 years old with all his four children practicing law.

·         Part of a Fiji delegation to India in 1961 by invitation of the Indian Government to meet J Nehru, first PM of India, Dr Rajendra Prasad, first President of India and S.Radhakrishna, the first Vice President of India.

·         By invitation of Ratu Mara, was part of a legislative council group to travel to London in 1970 to the constitutional conference, where Fiji’s new constitution and independence were decided.

·         President of the Fiji Indian Football Association in 1960, overseeing the dropping of “Indian” from the Association name, allowing iTaukei to join and play soccer at national level.

·         In return for his services, was made life member of the Union Club, Fiji Law Society, Nausori Club, Rewa Football, Fiji Football.

·         President of the Indian Association of Fiji in 1965 until his passing in 2008, overseeing the modernization and multiracialism of Jai Narayan School and Deenbandhoo Memorial School.  The Association, founded in the 1920s, started off as a political organization looking after the interests of Indians in Fiji but morphed into an educational and social, non-political entity in the 1960s when Indians formed their own political parties. Its executives are the board of directors of Jai Narayan School (formerly Indian College) and its primary school Deenbandhoo Memorial.

·         Awarded with a MBE by the British Empire in 1964 for contributions to the education, social, and politics in Fiji. 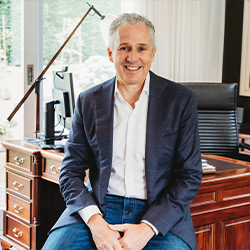 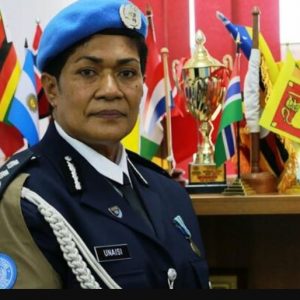 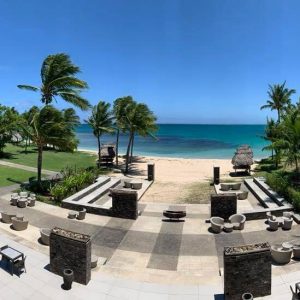 This past weekend, a number of resorts on Viti Levu opened to domestic tourists for