Brawn but no brains?

A couple of years ago, a Fijian who had been engaged as deck crew on a tuna longliner was ‘offloaded’ in Hong Kong; he knew no-one there and had little money.

Why was that action taken? Was he lazy, or ate ‘too much’, got sick, attacked the other crew, or? No. The reason was that he knew his rights and kept asking for them. Things like decent food and adequate rest time. He was a bother to the captain.

One fishing company representative recently confirmed to us what I’d been told by community members living adjacent to fishing company premises — that particular companies sometimes are so in need of deck crew that they send a driver into the settlements or along adjacent roads, looking for youngish (and brawny) men to work as deck crew.  “Hey Boso – Want a job?”

Barring a few exceptions most 18- to 40-year-old men in coastal Suva settlement communities work as deck crew on Fiji-flagged and Distant Water Fishing Nation (DWFN) vessels, and most left school either at the end of primary school or half-way through secondary school. As teenagers they saw that their fathers or uncles got work easily on fishing vessels – so why bother finishing school? A job was there for the taking once the teenager reached 18 years of age. On a fishing vessel.

Fiji maritime laws state that all crew engaged on Fiji-flagged vessels must be certified. Are the pick-ups certified? Mostly ‘no’.

Apart from meeting legal requirements, there are benefits for fishing companies hiring certified deck crew. The first (lowest) certification is that of ‘Basic Sea Safety’ or ‘Pre-Sea Training’. It has four components – personal survival technique, personal safety and social responsibility, proficiency in elementary first aid, and basic fire prevention and control. At first glance, even a landlubber can recognise skills in those areas are of value on a vessel at sea.

It took a fair amount of energy and time for us to persuade the first of the settlement men, all with years of fishing experience under their belts, to attend the Fiji Maritime Academy and earn a certificate. At early discussions, the men’s body language at the thought of ’going back to school’ was – well – just as we thought it would be, exemplified by the chorus of ten volunteers for the first intake dwindling overnight to just three: seven men determined that their comfort zone was greater on a fishing vessel. It was the thought of maybe being paid F$5 (US$2.42) more a day that tipped the remaining three over the line, and having completed the one-month course, those men became their communities’ instant heroes. By now, eight more men have ‘gone back to school’ and there is a line-up for the next months’ classes.

Attending the FMA for one month doesn’t come cheaply and there are additional costs preparatory to the graduates receiving their sea safety certificate and logbook, the Seaman’s Employment Record Book, SERB. The average cost per person is F$950 (US$460).

To date, the schooling and primary upgrading of Fiji deck crew has been facilitated by a United Kingdom food processing company, World Wise Foods U.K. and its Chief Executive Officer, John Burton, to whom eleven men, their families, and us, are extremely grateful: John sent sufficient funds for 15 men to complete the course and receive their SERB and certificate.

There are several reasons for reaching out to you, the reader, for support to continue this training exercise: it ensures that all vessel crew are legal; there is logistical and safety reasons for hiring trained seafarers; a trained crew can be a smaller crew; and the personal benefit gained by the trained men expresses itself by their enhanced work ethic and interest in taking on higher-level training. Above all, it lifts the standard of the Pacific tuna fishery, something to which all Pacific Islands nations aspire.

In short, it’s a no-brainer for fishing companies to only seek out brawny men as deck crew! 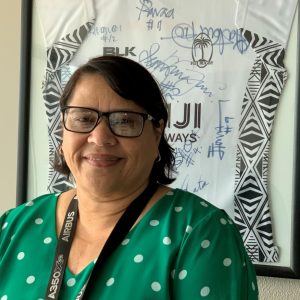 Can Fiji’s BPOs deliver on their promise?

One of the few industries that has thrived during the coronavirus pandemic in Fiji , 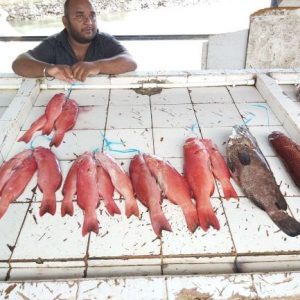 Growing up in his settlement in Nadi, western Fiji, Sundar Lal recalls an abundance of