Despite all the international pledges for climate adaptation, Pacific governments and civil society want more action on reducing greenhouse gas emissions. As the host of the 2019 Forum leaders meeting in Tuvalu, then Prime Minister Enele Sopoaga put it bluntly: “No matter how much money you put on the table, it doesn’t give you the excuse not to do the right thing – that is, cutting down your emissions, including not opening your coal mines.”

The Pacific Islands Climate Action Network (PICAN) has more than 130 member organisations across the region. Earlier this year, the network issued a list of demands to Forum leaders, asking them “to call for a commitment to transforming the public and private financial system, at the domestic level and globally by 2030.”

PICAN advocates changes to climate funding mechanisms that ensure “financial flows are compatible and in line with a 1.5-degree pathway, climate-resilient development and just recovery efforts, which includes ceasing financing of fossil fuel projects and investing in 100 per cent renewable energy projects.”

For many years, civil society organisations in the Pacific have campaigned for increased community access to bilateral and regional climate programs, calling for increased funding for grassroots climate adaptation and renewable energy. But even as governments are working to increase flows of climate finance for adaptation, advocacy groups are focussing on another financial angle, seeking to turn off the taps! They’re lobbying donors and financial institutions to end their financial support for new emissions-intensive projects proposed by coal, gas and energy corporations.

Civil society groups lobbied Forum economic ministers before FEMM 2020, with Joseph Sikulu of 350.Org calling for re-allocation of subsidies and grants: “The work that’s going on, especially in our community groups, is to shift financing away from fossil fuel projects, especially at a time when we need finance to be flowing to ensure a just recovery for our community in this time of COVID. We want to ensure that governments aren’t funding the bail-out of some of these big projects.”

As a climate advocacy network, 350.Org Pacific has joined counterparts in Australia and New Zealand to target major projects such as the Carmichael coal mine in Queensland, managed by the Indian corporation Adani. The Adani mine has just begun construction, but coal mined in the inland Galilee Basin must be transported to the coast for export. Environmental activists are seeking to hit the finances of the Adani-owned Abbot Point coal export terminal, fearing damage as coal ships transit the Great Barrier Reef, a UNESCO world heritage site.

Last year, two Korean financial corporations Samsung Securities and Hanwha Securities purchased $120 million of debt in the Abbot Point terminal, which has total debts nearing US$1.5 billion. Now, after community campaigns, environmental activists have secured commitments from the two Korean financiers to refuse re-financing of Abbot Point’s debt when it falls due for repayment before December 2022.

Patricia Mallam from 350.Org says: “We’re training Pacific Climate Warriors how they might intervene at Annual General Meetings, to ensure financial institutions seriously consider moving away from financing the coal industry and looking at renewable options.”

The slogan of the Pacific Climate Warriors is “We’re not drowning, we’re fighting!” The resources needed for that fight will be high on the regional agenda in coming months. 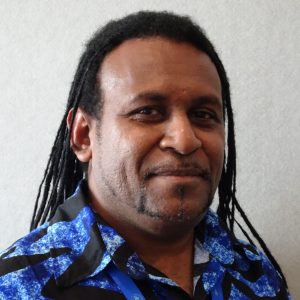 “For the Pacific, the impact of climate change will remain as the greatest threat to 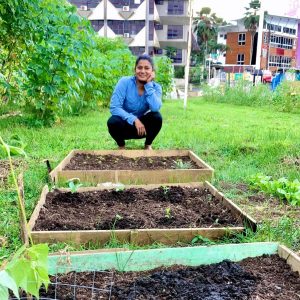 Fuelling faith and climate action during a double crisis

As a teenager, the atmosphere in our household every Sunday morning could either be described