By appointing from within the Pacific to provide able and inspirational leadership, agencies like the SPC and the FFA continue to showcase and celebrate locally grown talent and expertise.

There is a changing of the guards in three of the Pacific’s regional institutions, and the region as indeed the world awaits to see who will step up the mark to not only offer leadership but to showcase all that the islands have to offer.

Of the three opportunities, one has already been sorted with the announcement by the University of the South Pacific that Kenyan-born but Canadian educated Professor Pal Ahluwalia is its new Vice Chancellor and President, succeeding Fiji-born and the first USP alumni to be VC and President of the USP, Professor Rajesh Chandra. Chandra has served his maximum 10 years as head of the regional university. Professor Ahluwalia joins USP in November before Chandra finishes in December.

Two other regional organisations are in the process of finalising their new director generals or in the case of the Pacific Community with the SPC acronym, DG Dr Colin Tukuitonga is continuing on as DG until his application to head the regional Asia-Pacific office of the World Health Organisation is determined this October. The SPC – the oldest inter-governmental agency in our part of the world – has not begun the process of finding a replacement for Dr Tukuitonga, Niue-born medical doctor turned public administrator who studied medicine at the Fiji School of Medicine in Suva.

Honiara-headquartered Forum Fisheries Agency is close to finalising its new boss, and indications are that history may be in the making for the regional fisheries body will most likely be headed by a woman. Dr Manu Tupou-Rossen is currently head of the FFA’s Legal Division and her appointment has been recommended by the Forum Fisheries Committee. It will now go before the Pacific Fisheries Ministers Meeting next month for a final decision. Precedent is such that the ministerial will confirm and not change the recommendation of the committee.

Tuna being a much sought after commodity in world trade today, and it being the main if not the only key lucrative resource for many of our Forum member states, it appears member countries would prefer to keep the leadership of our tuna flagship organisation within themselves. Dr Tupou-Rossen, Tongan born and nominated by her own government would be a welcome change to FFA. Such a preference for local leadership could be traced right back to 1981 when Philip Muller of Samoa was made FFA Director, succeeding Dick James of the UK.

The Pacific Community on the other hand had its fair share of Pacific and nonPacific leaders. It appointed its first Pacific Islander to head the SPC in January 1970 with the appointment of Samoan Afioga Afoafouvale Misimoa.

It reverted briefly to a non-islander as DG after former Vanuatu President Ati George Sokomanu’s term in 1996 with the appointment of Robert Dunn of Australia before the leadership returned – and has remained – in the Pacific since 2000. That was the year history was made when Lourdes T Pangelinan of Guam became the first woman head of a Pacific regional organisation.

By appointing from within the Pacific to provide able and inspirational leadership, agencies like the SPC and the FFA continues to showcase and celebrate locally grown talent and expertise. It just confirms that we in the Pacific can hold our own on the international stage, punching way above our weight.

There is not doubting that in making the decision to select Professor Ahluwalia as the new head of the USP, the university council was acting on what it felt was best for the organisation. Already the response to his appointment has been warm and welcoming. His experience in research and innovation is something USP should use to the fullest.

“A much overdue and new wave of enthusiasm, expansion and scholarly respect might be about to happen at USP,” wrote a former USP academic when news of Professor Ahluwalia broke.

Another commented on social media: “A Pacific Islander may have been the preference for some but this change in USP’s stewardship is rather exciting and eagerly awaited by many. Professor Pal certainly has a mammoth task ahead to not only lift morale at USP but put to action the rhetoric of the last 10 years of creating the centre of excellence that USP envisions for itself, as it should.”

We can only offer our warmest of congratulations to Professor Ahluwalia and we wish all Pacific Islanders — men or especially women — putting their foot forward for positions of leadership in our regional organisations the very best. 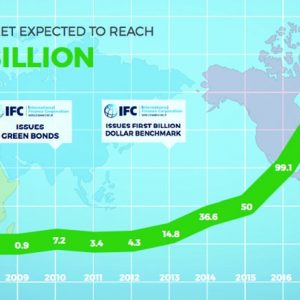