Today, Solomon Islands stands on the cusp of a bright future supported by a growing private sector

THE Solomon Islands celebrated 40 years of independence this month.

Despite four decades of tumultuous and often debilitating national events the Happy Isles remain positive that the best times are yet to be seen and positive changes to the economy are on the horizon.

Producer of leaders and luminaries

In order to overcome its unfortunate past, the Solomon Islands will need to draw on the wealth of wisdom and knowledge that exists in its remarkably well-educated society.

Through its history as a British protectorate and later as an independent nation, the country has ensured that potential leaders received the best education possible at home and abroad.

This investment has paid off for the Pacific which has benefitted from the work of such Solomon Islands luminaries as Dr Jimmie Rodgers – anaesthetist and former Director-General of the then South Pacific Commission.

Dr Rodgers’ term at the SPC was a period of rapid reform in regional institutions. He led the organisation through what is now recognised as the single largest reform process of a regional organisation in the Pacific.

In doing so he set the platform for the long-term viability of the region’s leading technical agency.

He is the Director of the Centre of Pacific Island Studies at the Univeristy of Hawaii and has written extensively on governance, natural resources development, conflicts, post-conflict development, international intervention, peace-making, Australian foreign policies, and political developments in Melanesia in general, and Solomon Islands in particular.

Any discussions of Solomon Islands leaders would be incomplete without mention of Dr Transform Aqorau, former CEO of the Parties to the Nauru Agreement and instrumental in the protection of fishing stocks for Pacific people.

His no-nonsense stance at international meetings ensured a fair price for tuna sold by the region’s major producers and gained reluctant respect from the representatives of Distant Water Fishing Nations.

While these men may not stand for elections, they show the calibre of leaders produced by the country.

One person who will stand for elections is former Foreign Affairs Secretary, Peter Kenilorea Junior, son of the country’s founding Prime Minister.

Kenilorea Junior has worked at the United Nations for 18 years working in the areas of good governance and the eradication of corruption, financial abuse and mismanagement.

These are some of the biggest challenges which face the Solomon Islands today.

In 2000 the people of the Solomon Islands went through perhaps their darkest hour so far when the country descended into communal violence.

Brighter future is ahead

Ethnic war started due to the huge rural to urban drift and absence of a credible land tenure system and housing. Families were displaced, people were killed, law and order descended into chaos and the economy hit a brick wall.

With the intervention of its neighbours through the Regional Assistance Mission to the Solomon Islands, order was gradually restored and governance structures rebuilt.

Today the country stands on the cusp of a brighter future supported by a growing private sector.

Although small compared to other regional countries and internationally, the private sector is still the mainstay of the economy because it is where jobs are created and it is where goods and services are being marketed.

Dennis Meone of the Solomon Islands Chamber of Commerce and Industry has warned, however, that while potential exists, the correct priorities must first be put in place.

He pointed to the need for continuing policy dialogue between government and private sector and a collective vision for the national economy spanning 20 to 40 years.

If the private sector and government can cooperate, investments should go ahead with the benefits spreading to even the most remote communities.

Tourism is one of the largely untapped industries in the Solomon Islands but its visitors bureau has launched a huge global campaign to attract tourists.

The public and private sector will need to collaborate to build more rooms, provide transport and grow food which can supply the hotels and feed visitors.

If the Solomon Islands can reduce the cost of holidays, tourists will visit.

Finally there is the issue of extractive industry and the devastation it can wreak on the environment. This is another area in which the government and private sector must collaborate closely for the benefit of the nation. 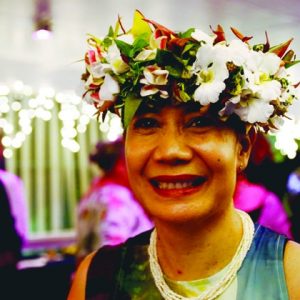 WE wish the Director-General of the Forum Fisheries Agency, Dr Manu Tupou-Roosen, every success in