A study of Pacific mothers in New Zealand reveals that being fluent in both English and Pacific languages may decrease the likelihood of postpartum mental disorders.

English-and-Pacific speaking mothers had the lowest rate of mental disorder symptoms, followed by those fluent in Pacific languages only. Both were significantly lower than their English-only speaking peers.

Associate Professor El-Shadan Tautolo, Director of the Pacific Islands Families (PIF) Study at Auckland University of Technology (AUT), says: “Language fluency speaks to a person’s ethnic identity, who they are and where they come from. And a strong sense of self and belonging is associated with psychological benefits.

“Heritage language is a critical component of ethnic identity among Pacific people in New Zealand. These findings suggest that supporting Pacific languages and English may confer mental health benefits for Pacific mothers, and potentially our families and communities.”

It expands on previous research into the association between bilingualism (or multilingualism) and mental health among Pacific people, by including new measures (cultural orientation and the number of years lived in New Zealand) together with sociodemographic and behavioural characteristics.

Researchers analysed an eligible sample of 1272 Pacific mothers. Data was collected in three phases, at six weeks, one-year and two years following their infant’s birth. At the baseline, the mothers’ average age was 28 years, and most were married or in a de facto relationship (80 percent). By ethnicity, the largest groups were Samoan (51 percent), Tongan (23 percent), and Cook Islands Maori (18 percent).

Mental disorder symptoms were lowest among English-and-Pacific speakers in the three phases of data collection (15, 10 and 5 percent, respectively), followed by those fluent in Pacific languages (15, 11 and 6 percent). In contrast, the prevalence of symptoms was significantly higher among English-only speakers (18, 16 and 15 percent).

Only 27 percent of participants were fluent in both English and Pacific languages.

New Zealand-born Pacific people were more likely to be fluent in English only.

Previous studies have shown that not speaking their heritage language was associated with perceived inauthenticity and was a basis for exclusion. This rejection may explain why English-only speakers have a higher propensity for mental illness.

“The relationship between language fluency, cultural orientation and the number of years lived in New Zealand is complex, and differs between younger New Zealand-born and older Island-born groups. This has fostered cultural shifts and tensions, and distinctive sub-cultures,” says Tautolo.

Interestingly, the number of years lived in New Zealand had no bearing on mental disorder symptoms when language fluency and cultural orientation were included in the model.

“Immigration, cultural orientation and ethnic identity are fluid. This demographic shift is likely to affect the notion of Pacific identity in New Zealand and what heritage languages mean in the future,” says Tautolo.

As a specialist in Pacific health and wellbeing, he is pleased to see more and more Pacific translations of public health material, and people working to improve health literacy among Pacific communities.

“We cannot underestimate the importance of having people who look the same and speak the same language in our healthcare system, and how that supports better health outcomes for Pacific people,” says Tautolo.

AUT has developed a Pacific language video series – ‘Adapting to a changing world, shaping resilient futures’ – which highlights PIF Study research on health, mental health, nutrition, immunisation, and cultural resilience. Each video corresponds with one of nine Pacific Language Weeks celebrated in New Zealand. The initiative was led by the Office of Pacific Advancement and celebrates 20 years of the PIF Study. 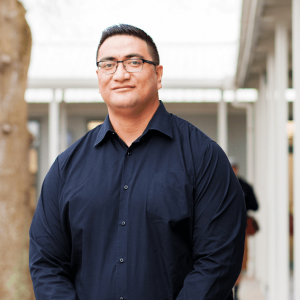 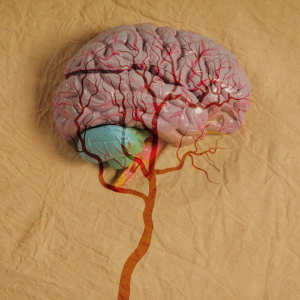 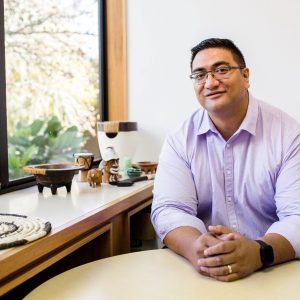