Nauru President calls for an end to USP saga

Nauru’s President Lionel Aingimea has called for an end to the incessant attempts to remove the vice chancellor and president of the University of the South Pacific, instigated by Fiji-based members of the university council.

“As the incoming Chancellor of the USP and one of the heads of state who own the University as well as being an alumnus, I am disturbed at the manner in which this matter is being played out,” President Aingimea wrote in a strongly worded letter dated 4 June, 2020 that was circulated to all Council members of the USP.

“Any moves to undermine or remove the VC using COVID-19 as a cover by deploying the executive committee emergency powers to take the place of Council must not be entertained.

“These are matters that the full Council must deliberate on, and exercise its wisdom and authority.”

President Aingimea’s call is the strongest endorsement so far for the besieged USP leader, who right from the time he assumed the VC position in early 2019, has come under intense pressure to either resign or be dismissed by a group led by current chair of the USP Council and Pro Chancellor Winston Thompson and backed by Fiji Government nominees in the Council, as well as several Fijian members of the USP executive management team.

All of these university executives had called for Professor Ahluwalia’s removal after he questioned their appointments or pay in a confidential report he authored a month or so after assuming the role.

Among the group is the former CEO of the university’s Pacific TAFE Hasmukh Lal whose termination a fortnight ago by Ahluwalia triggered a fresh attempt for his removal by the group.

Although Lal’s removal was not related to the power struggle, he and his lawyers believed otherwise and have taken the matter to court.

It is this latest attempt to launch another investigation against the USP VC that triggered President Aingimea’s letter, and as the incoming chancellor of the university, head of his government, and a well-connected alumnus of USP,  his words carry much weight.

“It is … preposterous to consider that a new investigation has been suggested when a previous investigation remains open and unresolved,” wrote the President.

“It is clear to me that Council appointed a Commission to find a way forward to build a stronger USP.

“To now call for another investigation reeks of bad faith and clearly undermines the work of the Commission and by extension, the sub-committee of Council tasked with overseeing this process.

“The Commission must be allowed to carry out its work and report to Council in due course as per Council resolutions.”

Both the Commission and the sub-committee President Aingimea made reference to were formed by the USP Council in two separate meetings last year in response to the leadership struggle against VC Ahluwalia.

Their work was to oversee the implementation of the report of BDO New Zealand after it was commissioned by the Council to study the human and financial resources as well as governance matters Professor Ahluwalia had raised.

The letter of the Nauru leader was also critical of the role played by Mahmood Khan, another Fiji nominee to the USP Council. He is chair of the Council’s audit and risk committee and together with Thompson, has been a key critic of VC Ahluwalia.

President Aingimea also rejected Thompson/Khan’s group claims that a full meeting of the University Council could not be convened due to restrictions brought about by the COVID-19 lockdown.

“There is no reason that the full Council cannot meet digitally.

“This is a time when Council and all members should exercise caution and remember that the VC has a huge responsibility to steer the University through one of its most challenging times.

“As an appointee of the Council, we have a duty of care to the VC, “ said President Ainigimea.

Students welcome VC’s return to University of the South Pacific 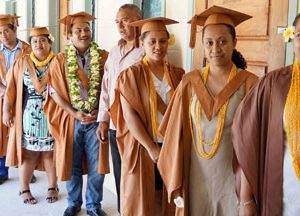 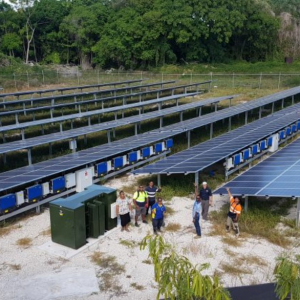 Nauru took a big step on energy Friday on the world stage, announcing its commitment