By Samisoni Pareti at COP24 in Katowice, Poland.

Katowice, Poland – By this time tomorrow, the world will know whether Poland’s hosting of COP24 has succeeded in delivering a strong outcome, and by extension whether Fiji exported concept of talanoa or dialogue had aided in producing such a good outcome.

As I write this, the prospect is bleak.

Parties of the Paris Agreement on climate change are still bickering over the text of what is supposed to be the rule book of the agreement.

Developing  countries are crying foul that wealthier nations are trying to renegotiate the Paris Agreement, instead of working on its implementation.

“It’s clearly the elephant in the room. The United States had stated its intention to withdraw from the Paris Agreement but it is still very much influencing negotiations here in Katowice,” a senior member of Third World Network told journalists covering COP24.

A cause of alarm to negotiators from developing countries is the insistence by richer nations to remove “historical responsibility” of climate change, the so called ‘Common but Differentiated Responsibilities.’

Without this, developed and developing nations will be treated the same in terms of carbon emission ambitions and targets.

Developing nations are also appalled by the text in the finance section of the rule book. Wealthier nations have not shown any new money on the table and they seem interested only in shifting the burden to their poorer neighbors.

All these are taking place even with the release on Thursday of the Talanoa Call for Action by the Presidents of COP23 and COP24, Fiji’s Prime Minister Frank Bainimarama and Polish President Andezej Duda respectively, who in their two page statement said that the “window for action is closing fast and that the world need to do more and we need to do it now.”

“We saw overwhelming support for the Paris Agreement and its goals,” the two COP leaders said. “We agreed to hold temperature rise well below 2 degrees Celsius and to pursue efforts to limit it to 1.5 degrees.”

Fiji later the same day joined other islands of the Pacific in calling on richer nations to pay heed to the plight of small island developing states in finalizing the rule book of the Paris Agreement.

“Limiting warming to 1.5 degrees Celsius is a matter of survival for PSIDS (Pacific Small Islands Developing States),” said the statement released by Bainimarama and 14 other Pacific Island leaders as COP24 negotiations ended for the second last day.

“We therefore urge the work to pursue all opportunities to maximize climate action including forest management, renewable energy and others highlighted by the Special Report 1.5 degree Celsius.”

The statement made no mention of Australia, a coal producing country that is the 16th member of the Pacific Islands Forum, comprising independent island nations of the Pacific.

So will the world heed the call by vulnerable islands of the Pacific, as well as the similar calls by the so called Talanoa Dialogue?

We will know the answer this time tomorrow. 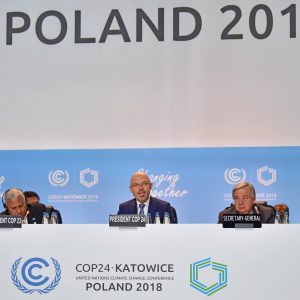 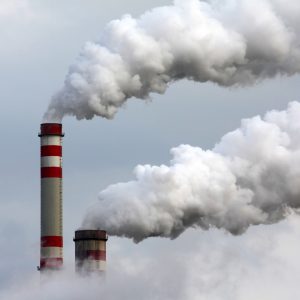