“My conscience is clear,” Fijian opposition parliamentarian Pio TIkoduadua told Fiji’s Parliament before the ruling party of Prime Minister Frank Bainimarama used its majority to pass a motion demanding that both he and the prime minister should apologise or face a 6-month suspension from the house.

Parliament voted 27 to nil for the motion to be carried. It took place moments after all the 24 members of the opposition, led by Opposition leader Sitiveni Rabuka walked out of the parliamentary chamber.

Their amendment motion had been defeated minutes before this.

In keeping with the privileges committee motion, Bainimarama gave his “unreserved” apologies soon after the vote, and the house was adjourned soon after.

“I fully admit that I momentarily and spontaneously let my emotions, and my love of family, get the better of me. My actions were not appropriate and should not have happened,” the PM told the house.

With the prime minister offering his apologies, he escapes the 6-month suspension penalty the privileges committee had recommended. Tikoduadua on the other hand now faces the six-month censure if he does not offer his apologies in 24 hours.

When the house began its session on Friday morning, the three members of the ruling party in the 5-member privileges committee had moved the motion that Tikoduadua and the Prime Minister must offer public apologies or face a six-month suspension from the parliament.

The two opposition members of Adi Litia Qionibaravi and Mosese Bulitavo, who stood in for his leader, Sitiveni Rabuka, did not add their signatures to the report.

The censure relates to an incident outside parliament house last month in which Bainimarama physically and verbally assaulted TIkoduadua following a heated debate in the house.

When asked to intervene, Parliamentary Speaker Ratu Epeli Nailatikau asked that both men appear before the privileges committee; Bainimarama to answer to the assault allegations, and Tikoduadua for making personal attacks against the prime minister during a parliamentary debate.

The house sat for the entire day to deliberate on the committee’s motion, with the opposition responding with its own amendment motion seeking to only censure Bainimarama with a 2-year suspension.

The two-year timeframe was the same penalty the Fiji First Government in the previous parliament had meted out to opposition MPs of Ratu Naiqama Lalabalavu, Ratu Isoa TIkoca and Roko Tupou Draunidalo.

Before debate wrapped up with right of replies from Ro Filipe Tuisawau of the opposition and Mahendra Reddy of government, Tikoduadua spoke to say that he could not apologise for something he never said or had intended to say.

The house he made reference to, Tikoduadua told parliament was the First First Party, and it was not directed as alleged by the ruling party, at the prime minister’s home or family. As proof, he never uttered the words family or home, the opposition MP said. 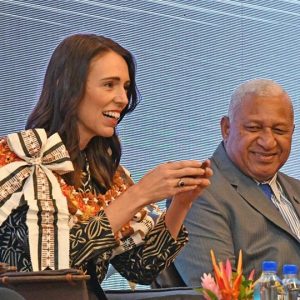 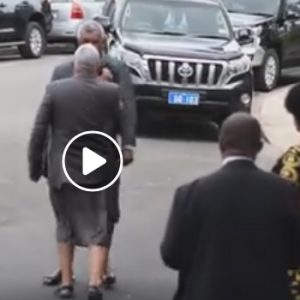 Video on Fiji’s PM is out 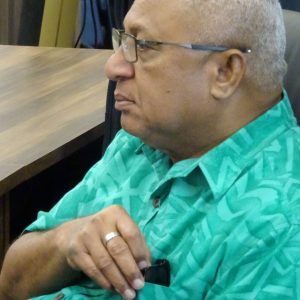