The Fijian Government has identified F$434.9 million (US$213m) worth of projects it says will be financed through the Green Bonds it recently issued at the London Stock Exchange.

Seven sectors have been identified in which the finance raised from these bonds will be used.

The information is contained in a document tile “Fiji Admission Particulars” that is now available to prospective investors.

Prime Minister Frank Bainimarama launched the F$100,000,000 (US$49m) Green Bond in London last week, as the country waits for investors to snap these bonds up.

A total of 86 projects were identified from the 2017-2018 budget which will be financed through this so called green bond initiative.

Of this, 71 projects with a total value of F$417.6 million (US$205m) were climate change resilience or adaptation related.

“Rehabilitation and construction of schools damaged by Tropical Cyclone Winston, rehabilitation and upgrade of roads, bridges and jetties including works related to waterways constitute a major part of the climate change resilience or adaptation budget of F$417.6 million,” says the Fijian government.

Some of the major projects identified to be undertaken from the Green Bond funds include US$1.22m for the construction and upgrades of evacuation centres and sea walls in low lying areas and provide water tanks and rain water harvesters to homes in rural and maritime areas whilst also helping in relocating villages and settlements in extreme cases.

–       Maintenance of seawall around Pacific Fishing cannery in Levuka (F$1.7m)

“These towns are expected to have resilient water and sewerage supplies and utilise energy efficient public lightings,” says the government document.

The Ministry of Waterways will need F$19,223,798 (US$9.409m) for maintenance of rivers, drains and waterways in Fiji through this Green Bond initiative.

The Fijian government government has also identified funding for these under the Green Bond initiative:

The Fijian government has outlined risks related to Fiji which investors have been urged to consider before buying the Green Bonds.

“Whilst many sectors of Fiji’s economy have shown and continue to show robust growth, its economy is exposed to the economic conditions of its major exports market and a significant decline in the economic growth of any of Fiji’s major trading partners, such as Australia, and consequently, a decline in demand for imports from such major trading partners, could have a material adverse impact on Fiji’s balance of trade and adversely affect Fiji’s economic growth,” says the Fijian government.

Investors have been informed Fiji has a sovereign rating by Moody’s of Ba3 and of B+ by Standard and Poor’s.

“A security rating is not a recommendation to buy, sell or hold securities and may be subject to revision or withdrawal at any time by the assigning rating organisation.  Any negative change in the rating of Fiji, could materially and adversely affect the market price of the Green Bonds or, as the case may be, Fiji’s ability to service its debt, including the Green Bonds,” says the document.

Residents or organisations in the United States are not allowed to buy the Fijian government’s Green Bonds because the bonds are not registered under the US Securities Act. 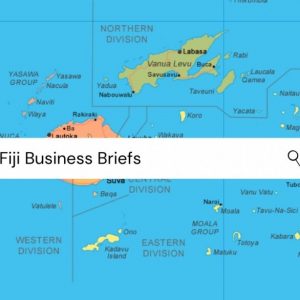