Who is Henry Puna?

Who is Henry Puna?

One vote – and a hundred million, or so, in unaudited assets.

Few candidates have as slim a mandate as the new Secretary General of the Pacific Islands Forum. Just one vote separated him from Marshall Islands’ diplomat, Ambassador Gerald Zackios.

So, who is Henry Puna?

Born 29 July 1949 on his home island of Aitutaki, Puna would spend most of his life 110km south on the main capital island of Rarotonga. Like many from the former WW2 allied air base, his family has a rich political history. His father was a member of the colonial-era legislative assembly, and two brothers served as cabinet ministers in earlier cabinets under self-government. Another served as a long-time Clerk of Parliament.

From Rarotonga, just a 30 kilometres round-island trip by circular coastal road, Puna would join dozens of Cook Islanders studying overseas; law at the universities of Auckland, and Tasmania, before being admitted to the bar in Canberra.

Back home in the Cook Islands, Puna set up his own legal partnership Miller Puna, and filled various government posts, including Trade secretary.

So far, so normal for a son of an urban elite.

Unlike most, however, Puna went beyond office work.

In 1997, he left the air-conditioning and comfort of capital life for the remote atoll of Manihiki, 1,200 kilometres north of Rarotonga, where temperatures average ten degrees higher, in the 30s celsius.

There he started a pearl farm, a labour intensive and sometimes risky business – the atoll lost 20 lives to a cyclone that year. Puna’s arrival on the atoll was one of the few  in an outward stream of survivors, with the population dropping from a high of 800 when pearl farming was booming, to 400 that year; and just 200 a decade later.

Soon enough though, Puna was on the move again, accepting an appointment in 1999 as the country’s High Commissioner to Wellington. By 2004, Puna was back in Manihiki, contesting the seat against then prime minister, Dr Robert Woonton. Puna lost – but won an electoral appeal, and the resulting by-election.

From there, Puna moved up through the ranks, taking over the prime ministership in 2010, after the resignation of former prime minister Sir Geoffrey Henry.

Perhaps Puna’s most lasting legacy as prime minister would be a central role establishing Marae Moana, what the country claims as the world’s largest “multi-use“marine park. His invitation to overseas experts that had helped set up a similar effort in Kiribati helped cut through turf battles among secretive local officials. Holding open public meetings, the experts overcame initial suspicion among a public wary of top-secret think-big schemes like an earlier disastrous Italian hotel project, and won wide support.

But his critics point to a less welcome legacies – including accusations of corruption, bolstered by a failure to provide proper audit reports, stretching back years.

Responding to the controversy that surrounded Puna’s selection as Forum Secretary General, Cook Islands Prime Minister Mark Brown said in nominating him, “We were guided first and foremost by the 2002 decision of Forum Leaders that candidates for the position must be assessed on their merits taking into account the circumstances at the time of selection. In light of the enormous challenges facing our region at this time, including the impact of COVID-19 on our region, my Government was pleased to nominate our former Prime Minister, Mr Henry Puna, as Secretary General.  It was the first time in the Forum’s 50-year history that the Cook Islands had nominated a candidate for that position.

“My Government is grateful for the support of Leaders for Mr Puna as Secretary General, we are saddened by the subsequent decision by Leaders of Micronesia taken during the subsequent Micronesian Presidents’ Summit to withdraw from the Forum.”

Brown said he is committed to working with other Forum leaders to review the appointment procedures for the Secretary General so all Forum members have a fair and equitable opportunity to serve the region. 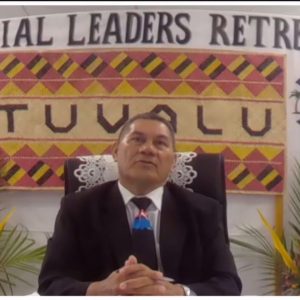 “We trust the results, we just don’t like them”

In 1971, the leaders of five independent island nations established the South Pacific Forum, with 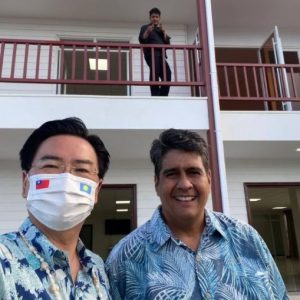