Oh, the wonder of it all

Here in the West, I sometimes suffer from an occasional “mental lightening” shock – even on a perfect sunny day.

Most often, the source of my mental distress is from “new Fiji’s” seat of power, Suva.

In early January I was horrified by the insurrection in the United States, when hordes of President Donald Trump “inspired/incited” Americans tried to influence democratic processes in Congress.

They were acting on the “fake news” promoted by Trump that he had won the Presidential elections and that the Presidency was stolen from him!!!!

Some observers described it as an attack on democracy, others called it an attempted coup and the incoming President, Joe Biden, labelled it an insurrection.

Having worked in the past for the American Embassy in Fiji promoting democratic principles, I was relieved that at the end of it all the US democratic processes held up and Congress concluded its business despite the turmoil.

Then, out of the clear blue Western skies, that “mental lightening” struck me.

In Donald Trump’s footsteps Fiji’s own Prime Minister, Frank Bainimarama, resorted to Twitter to convey his dismay over the events that took place in what some argue to be the greatest democracy in the world.

His tweet: “The violent scenes we saw in Washington today are an affront to democracies around the globe. True and genuine democracy is a precious treasure that no nation should ever take for granted. We are confident the USA will soon close this ugly chapter once and for all”.

Brain shocked, I had to rummage through the handful of literary works at my disposal in search of my dictionary – just to reassure myself that my interpretation of democracy was as scholars of the past had defined.

The best I could come up with was Webster’s definition: “a government in which the supreme power is vested in the people and exercised by them directly or indirectly through a system of representation usually involving periodically held free elections”.

“Seriously?” I asked myself. “Wasn’t Frank’s overthrow of an elected government in Fiji not so many years ago, in itself, an affront to democracy?”

I doubt if it’s the effect of sunstroke, but it’s not unusual for my brain to sometimes divide into two modes – one side adopting an argumentative stance while the other tries to counter with constructive reasoning.

Without the boring details, I debated the similarities between the two leaders, the heavy handedness, stubbornness, reliance on a selected band of advisers to rule over the masses and total disdain for bipartisanship.

Then there was the debate over the differences, the chief outcome being acceptance that one had been successful in overthrowing a democratically elected government while the other had failed miserably despite “inciting” his more radical followers through the use of “fake news”.

There is strong argument that the riots in the United States of America was a result of mistaken belief in Donald Trump’s insistence that the election was unfair and that his Presidency was stolen from him.

I wonder whether “fake news” will rear its ugly head in the 2022 elections for those of us in Fiji.

Already, our “Coconut Wireless” is in overdrive questioning the motive behind a proposal to introduce amendments to the Registration of Political Parties Decree to require political parties to provide more details of the personal background of donors.

To avoid being labelled a news “faker” by seeming to predict the future, I succumb to the “new normal” in Fiji and look forward to the next bolt of mental lightning.

PS: After penning the above, it might be worth considering the following excerpt from American youth poet laureate Amanda Gorman’s inaugural poem:

“We are striving to forge a union with purpose

To compose a country committed to all cultures, colors, characters and

but what stands before us

We close the divide because we know, to put our future first,

we must first put our differences aside”. 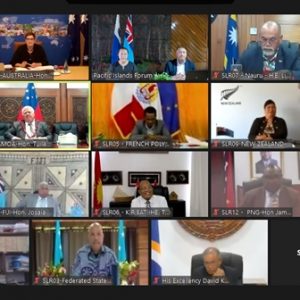 Ten years ago Islands Business named the PNA, an acronym for the parties to the 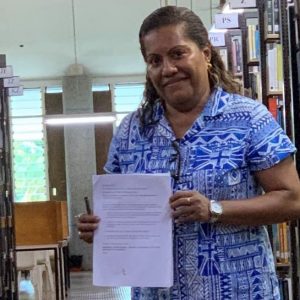 Can USP survive its latest troubles? 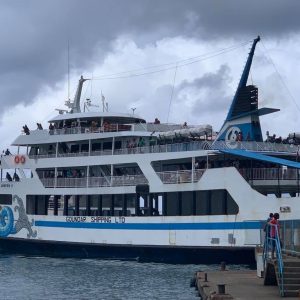 Sailing into the future: the decarbonisation agenda

Pacific Island nations risk being left behind in the race to decarbonise the shipping industry, 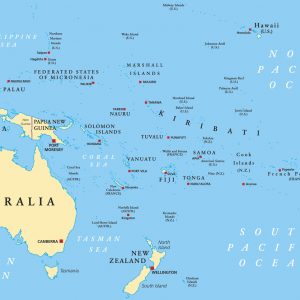