For the past several months if you are working in business, in government, for regional organisations or studying, you have almost certainly expanded your use of a raft of collaboration and meeting tools. You may have formed an opinion on Zoom vs Hangouts, logged into dozens of webinars, learnt the etiquette of virtual meetings, and digitalised processes that were once analog. In the Pacific region, you’ve probably also spent time grappling with meetings where the speakers can be likened to poorly-dubbed film actors, or the sound disintegrates into static.

A range of new submarine cables and improved satellite choices promise to improve this situation within months in several Pacific Island countries.

At the start of the pandemic, sector experts were concerned that the production of mobile devices and supply chain changes might slow the progress towards 5G in some markets, and that there might be issues keeping submarine cable in service, deployed or upgraded.

However the companies responsible for cable being laid and tested in our region claim the impact has been negligible.

A number of cables criss-cross the Pacific seabed.  Amongst the new ones coming online is the   Manatua-One Polynesia cable, which includes landings in French Polynesia, Cook Islands, Niue and Samoa. Targeted to go live last month, it is in the final stages of testing. The Coral Sea Cable System connects Port Moresby and Honiara with Sydney and the rest of the world. The Hawaiki Submarine Cable is owned by a company of the same name, and connects users in Australia, New Zealand, American Samoa, Hawaii, and the United States, with New Caledonia to be connected by the end of this year if it remains on schedule. The Southern Cross Next cable is due for commissioning in early 2022 , and will link Sydney, Auckland and Los Angeles, with critical international cable connectivity to Fiji, Tokelau and Kiribati. Palau is also looking towards installation of a second internet submarine cable, and last month Allcatel Submarine Networks was awarded a $40.7 million contract to build and deploy a second submarine cable, Gondwana 2 between Fiji and New Caledonia due for completion in early 2022. (For a more complete description of upcoming and existing cable networks, visit www.islandsbusiness.com)

There are also high hopes for improved service via satellite technology, such as the kind provided by Kacific, a satellite operator providing a high-speed broadband internet service in the South East Asia and Pacific Islands regions. Late last month Tuvalu’s government signed a five-year bandwidth capacity agreement with Kacific and Federated States of Micronesia has issued an individual operating license for Kacific to provide telecom services in the nation. 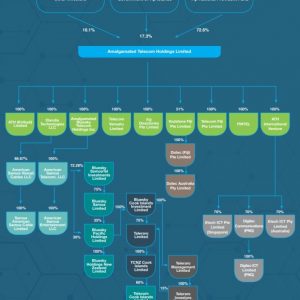 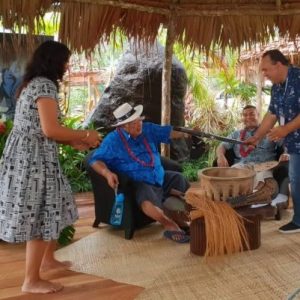 Remote areas of the Pacific, including New Zealand, are about to get cheap and easy