Marine scientists have found four new species of shark in waters off Milne Bay, PNG and off Indonesia which evolved to use their fins as feet and can walk across the ocean floor.

Walking sharks, also called “epaulette” sharks because their spots resemble the military decor, “walk” on their muscular fins to forage for small fish along shallow reefs and sea grass.

Their mobility allows them to wriggle between tide pools and different areas of the reef to prey upon crabs, shrimp, small fish.

“We found the sharks, which use their fins to ‘walk’ around shallow reefs, only split off evolutionarily from their nearest common ancestor about nine million years ago, and have been actively radiating into a complex of at least nine walking sharks ever since,” said Dr. Mark Erdmann, from Conservation International.

“That may seem like a long time ago, but sharks have ruled the oceans for more than 400 million years.”

The findings contradict long-held perceptions that sharks, which are among the world’s most ancient animals, are slow to evolve.

The new species live in coastal waters around northern Australia and the island of New Guinea, says Christine Dudgeon of the University of Queensland, co-author of a report which was 10 years in the making.

“They may have moved by swimming or walking on their fins, but it’s also possible they ‘hitched” a ride on reefs moving westward across the top of New Guinea, about two million years ago. We believe there are more walking shark species still waiting to be discovered.

“This information is important not just for walking sharks but for understanding how species have evolved in this region of highest tropical marine biodiversity globally.”

The area is the shark equivalent of the Galápagos, where you can see shark evolution in action, says Dudgeon.

“A global recognition of the need to protect walking sharks will help ensure they thrive providing benefits for marine ecosystems and to local communities through the sharks’ value as tourism assets,” added Erdmann.

The discovery was made through DNA testing and take the number of species of “walking sharks’ to nine. The scientists’ findings were published in the journal Marine and Freshwater Research. 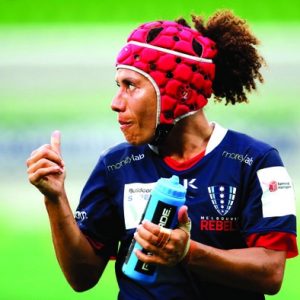