Yudha Korwa was just 17 years old when he was attacked by Indonesian soldiers during the Biak massacre on 6 July 1998.

“A soldier used a big gun and hit me hard on the head. I saw them kick my friend,” Korwa testified. “I saw Filep Karma shot. He was shot in the legs. He fell down and said ‘Help me! Help me!’ He was also yelling ‘Free West Papua! Free West Papua!’

“A soldier stabbed me in the chest. I ran…pulled the knife out and threw it away. I was bleeding and just fell down to pretend I was dead. The army kept on shooting. The bullets came from every direction like rain. People were dying everywhere.”

More than twenty years later, a group of musicians, artists and human rights activists from across the Pacific have collaborated to publish ‘We have come to testify.’ This book and accompanying CD share the testimony of survivors of the 1998 massacre on the island of Biak, West Papua.

At the book launch in Melbourne on 27 November, survivors Yudha Korwa and Mama Babuan joined other West Papuan exiles to remember the assault on peaceful West Papuan protestors, which left scores dead and many others detained and tortured.

“It was a really terrible situation over there,” Korwa said. “The Indonesian military opened fire early in the morning. The fire came from the air like rain, killing more than 100 people under the water tower.

“We have faced killing, burning, raping from the Indonesian military. But today, we are standing here with a new generation, strongly fight to get our freedom. Today our message is that we will never give up, until we get our own freedom.”

The independence movement regards the western half of New Guinea as a unified West Papua. In contrast, Jakarta has sought to divide the growing nationalist movement through plans to carve the region into three – so far, two separate provinces have been created as Papua and West Papua.

Long-standing West Papuan calls for self-determination were amplified in 1998, following the collapse of the Suharto dictatorship. As Indonesia began tentative steps towards democratic rule, West Papuans began agitating for independence in the period known as the “Papuan Spring.”

The year 1998 was a time of political and cultural ferment across Melanesia. The signing of the Lincoln Agreement in January 1998 brought a pause to the long-running conflict in Bougainville, culminating in the deployment of unarmed peacekeepers and the 2001 Bougainville Peace Agreement. In New Caledonia, the Noumea Accord of May 1998 set the French dependency on its current path to self-determination. Social tensions in Solomon Islands erupted into armed conflict in 1998, exacerbated by the war in neighbouring Bougainville, the spread of weaponry, that summer’s El Nino drought, and a 25 per cent drop in GDP after the Asian economic crisis.

In West Papua, the long-repressed quest for self-determination burst into public view that year, with protests, rallies and the public display of the Morning Star flag. This banned symbol of West Papuan nationalism was first raised on 1 December 1961 however, early steps towards decolonisation for Dutch New Guinea were thwarted by Cold War politics, and Indonesia’s takeover after the 1962 New York agreement and the 1969 Act of Free Choice.

Indonesian President Suharto resigned in May 1998 in the aftermath of the Asian economic crisis and rising domestic protest. Soon after, there were rallies for independence across West Papua, in towns like Jayapura, Sorong, Wamena and Biak. On 2 July 1998, the Morning Star flag was raised high on top of a water tower overlooking Biak town. During the next four days, hundreds of people gathered to listen to speeches and songs. Leaders such as Filep Karma called for independence for West Papua and recognition of Melanesian land rights in a region facing immigration from Sulawesi and Java.

Police initially tried to disperse the Biak protest with tear gas, leading to clashes with young Papuans and injuries on both sides. Then, after four days, the protest was crushed in a co-ordinated attack. Early on 6 July 1998, many protestors gathered at the water tower were shot and killed by Indonesian soldiers and police officers. Others were detained, with survivors reporting horrific examples of rape and mutilation in prison.

Survivors also report that some dead and dying were loaded onto Indonesian naval ships to be taken offshore. In the weeks after the assault, at least 33 bodies of men, women, and children some bound or mutilated by torture washed up on the shores of east and north Biak.

West Papuan and international researchers estimate that more than 200 people died during these events, though numbers are uncertain and human rights violations are denied by the Indonesian government. The police and military forces responsible for the attack have never been held to account by the Jakarta government or Komnas HAM (Indonesia’s National Commission on Human Rights).

Instead, protest leader Filep Karma was charged with treason and sentenced to six-and-a-half years’ jail (later released on appeal). Karma was arrested again for raising the Morning Star flag on 1 December 2004, the anniversary of the original 1961 flag raising ceremony. Karma was sentenced to another 15 years jail for treason and only released in 2015, after a decade in Abepura Prison.

Beyond the testimony of local participants, the events in Biak were recorded by other eyewitnesses. American anthropologist Eben Kirksey was transiting through Biak town at the time of the massacre, and his memories of West Papua are reported in his book ‘Freedom in Entangled Words.’ In 2010, Kirksey testified before the US House of Representatives about Biak and other human rights violations in West Papua.

Further evidence of the 1998 events was gathered during the Biak Tribunal, a citizens’ investigation of the massacre held at the University of Sydney in 2013. The Tribunal was headed by eminent jurist John Dowd, a former Attorney General of New South Wales. The hearings recorded vivid testimony from eye-witnesses and survivors (available at www.biak-tribunal.org).

Today, ‘We have come to testify’ carries this information to a wider audience through text and song.

Until his death in June 2019, Ferry Marisan was a central figure in the collective project to memorialise the 1998 tragedy in Biak. Marisan’s death robs West Papua of one of its leading cultural and political figures. Graduating in anthropology from the University of Cendrawasih in Jayapura, Marisan worked with the Institute for the Study and Advocacy of Human Rights (ELSHAM), the leading human rights organisation in West Papua.

Born in Biak, Marisan was sent as a key human rights investigator in the months following the 1998 massacre, gathering testimony from survivors. He later served as a key participant in the 2013 Biak Citizens’ Tribunal.

But Marisan was also a leading cultural figure in West Papua. His combination of scholarship, performance and human rights activism followed a path travelled by Arnold Ap – the famed cultural leader who formed the band Mambesak with Eddie Mofu and Sam Kapissa in the late 1970s.

These early leaders of the Papuan cultural renaissance are now dead. Ap was imprisoned by the Indonesian authorities for alleged sympathy with the outlawed Organisasi Papua Merdeka (OPM) and was killed in April 1984, supposedly while trying to escape from prison. Kapissa died of “food poisoning” in 2001. Many West Papuans believe he was poisoned by the Indonesian military, like other cultural leaders such as chief Yafet Yelamaken who died of food poisoning in 2002. Chief Theys Eluay, leader of the Papua Presidium Council, was murdered by Indonesian special forces soldiers in November 2001, shutting down the Papua Spring.

The Indonesian government has long attempted to silence cultural expression that doesn’t fit within Indonesian national ideology. But a central feature of Ap and Marisan’s work was to collect and perform songs in local Melanesian languages using music to unite the disparate cultures of a nation with more than two million people. They collected songs that fuelled a sense of West Papuan identity, from coastal and mountain communities, from east and west, songs that celebrate a connection with the land.

After Ap’s death, Marisan continued this work through the bands Black Paradise and Eyuser string band. Their songs tell of the beauty, the culture and the history of West Papua, and the longing for merdeka (freedom) that underlies today’s movement for self-determination.

This tradition continues in the project ‘We have come to testify.’ The book is accompanied by a spoken word and music CD, where testimonies of survivors are combined with original songs produced by Australian musician David Bridie, artistic director of Wantok Musik.

Bridie told Islands Business that his collaboration with Ferry Marisan began some years ago: “In the early 2000s, we recorded the record ‘Spirit of Mambesak’ and then he took over from John Rumbiak as director of ELSHAM. He was a joint musician and human rights defender. I met him again at the Biak Tribunal and from the beginning of the process, he said ‘let’s turn these words into songs.’ So, Ferry not only wrote songs for this record but wrote some music that sits underneath as a soundscape as the words are being spoken.”

Tragically, Ferry Marisan died as the CD and book were being finalised.

“I spoke to him the day before he passed,” David Bridie said. “The record was about to come out and I was really proud of it and he said he too was really proud. The following day, he passed away from diabetes. His musical legacy is really strong. He always saw himself as following in the footsteps of Arnold Ap. His was a life that ended too short but he left a massive contribution.”

Today, with agitation for independence in Bougainville, KanakyNew Caledonia and West Papua, remembering the past is an important part of building the future. More than twenty years after the Biak massacre, young people are again protesting in the streets of West Papua. The message of ‘We have come to testify’ resonates even more strongly.

The book and CD can be ordered through Wantok Musik at www.wantokmusik.org 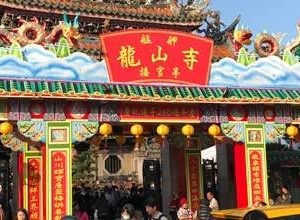 As the world’s first transgender government minister, Audrey Tang is probably resigned to the different