In October last year, Fiji made a historic series of firsts in the international financial markets. It became the first emerging economy, first Commonwealth economy and the first economy in the southern hemisphere to issue a sovereign green bond in a bid to raise F$100 million to support climate change mitigation and adaptation. The offer received ‘overwhelming support’ from domestic and international investors and uptake was described as “unprecedented.” By the time it was listed on the London Stock Exchange in April, more countries had joined the green bond party with issuance of their own for all sorts of climate mitigation and green-related reasons. In Fiji’s case, the government was assisted by the International Finance Corporation (IFC), IFC’s sister organisation the World Bank and the government of Australia. From the World Bank, Senior Finance Sector Specialist Aaron Levine worked closely with Team Fiji, to put the bond offering together and take it to market. Islands Business (IB) spoke to Levine and IFC’s Country Manager, Australia, New Zealand, Timor-Leste, Papua New Guinea and the Pacific, Thomas Jacobs about this much talked about event:

IB: How exactly did IFC assist Fiji in the green bond exercise?

Jacobs: The IFC has been working with Fiji Government with the support of the government of Australia in-depth for the past year on a partnership programme. What we’re trying to do is pull more private sector investments and long term investments into the country. Climate change is central to our programme and I think this specific project came out from a conversation between the central bank governor and IFC resident representative Deva De Silva on trying to come up with ideas on how IFC/World Bank can help Fiji channel finance from international and from local financial capacities to green bonds, in part as part of government’s programme as president of COP 23. Aaron will explain more the technical side.

Levine: This was the first time that any emerging economy issued a sovereign green b o n d b u t green bonds have been issued by organisations for several years now. IFC is one of the pioneer issuers. So we have expertise in the process of issuing. We helped (Fiji) establish a Green Bond steering committee that was chaired by the Governor of the Reserve Bank of Fiji (RBF). We helped develop a Green Bond Policy Framework. We helped identify the kinds of projects that might be eligible for the proceeds of the Green Bond. And we help them through that process of issuing right up through to the point where they get listed on the London Stock Exchange. And we provided a technical analysis on the merits of that. Right now, we’re helping them with monitoring how the money is being spent and issuing reports. So every year, they’ll issue a report on how the money is being spent and eventually what impact the green bond project have had.

IB: How do you identify ‘eligible projects’?

Levine: There’s an international set of principle called the Green Bond Principle that provide guidance on what categories of projects might be eligible and then that would match with Fiji’s priorities and needs under the government budget and so a list of projects have been identified by government. So, a good amount of time is needed to ensure that the money raised is actually matched towards projects that are actively being pursued.

Levine: There’s a bigger picture here that you have to consider and that is that Fiji is the COP23 president. They’ve just got this unique role where they’re able to show global leadership on the climate front. And by listing on the London Stock Exchange, they’re showing the world that even small island nations like Fiji can be a player on the global financial stage.

IB: And do they get attention?

Levine: Oh yes they do. The response globally has been huge. I was at a London Green Bond conference featuring financiers and investors from all over the world and it (Fiji’s Green Bond) was particularly showcased at that conference. They won a Green Bond Pioneer Award

Jacobs: It really puts Fiji on the map in front of international investors’ eyes, who may not have known about Fiji, didn’t know how forward-thinking Fiji can be and now they have the opportunity, if they’re based in London, Europe or anywhere, if they want to take Fiji risk, if they want to invest in Fiji, they can go to the London stock market and buy directly. Of course at the moment, they’re doing that as an indirect investment but once they learn about Fiji, then maybe they’ll be inclined to actually come in in the form of foreign direct investment. So it really puts Fiji on the map in a way that wasn’t possible before this green bond, in international investors’ eyes.

IB: You were talking about monitoring – what does that involve?

Levine: IFC has been providing advice for Fiji on how they will implement monitoring and reporting. It’s the responsibility of the issuer. What they do is they agree that an external auditor will come in and check that the funds raised is used for the green purposes and then over time, start to take measures on what impacts those projects have had on the environment.

IB: Have you had any interest from other Pacific Island countries?

Levine: We have had interest from the North and the South Pacific. We wrote a guide to sovereign green bond issuance and that’s been distributed globally and in response to requests, further information have been provided, copied to that guide and we stand ready to provide support to any future transaction in green bonds.

IB: Any other general comments?

Levine: I want to acknowledge the leadership that the Government of Fiji has shown in this process and the support of the IFC/World Bank Group and the Government of Australia in helping us to do this and we see this as both the Fiji Government and Government of Australia are key partners and the IFC/WB just support the government and the private sector. It bodes very well for cooperation going forward to be able to find a robust programme of support to the private sector and of course a series of interventions in tourism, gender and special economic zones, investment, policy plus their own investment programmes so we think Fiji has done a fantastic job with this green bond.

Jacobs: Another crucial part of the equation here is that this green bond is part of the domestic capital markets development programme that IFC has initiated in Fiji to build up the long term financial capacity of the domestic capital markets, which really would be underpinned by these type of structures. So by doing this first bond together, we’ll be able to understand how that process works, so that when other investors, local investors primarily, want to raise long term funding from the capital markets, you have the processes, the legal and regulatory environment, you have the computer systems, the market knowledge to make these things happen and you’ll be able to build – not just to issue them but also the liquidity, to be able to buy and sell, and that would make the market much more attractive both to local and international investors who want to have that liquidity and who want to know that the system is safe and up to international standards.

IB: When does the money come in?

Levine: It’s coming in throughout the year and it’s being spent through the budget as we speak. 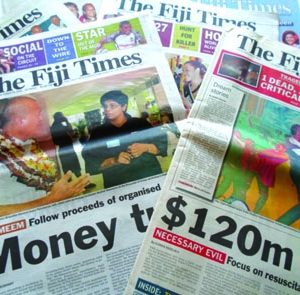 A win for Fiji Times 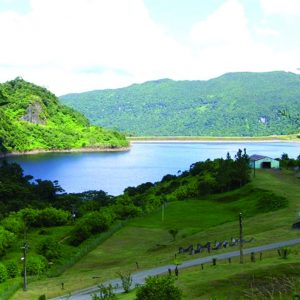