As New Caledonia moves closer to a referendum on self-determination on 4 November, Kanak leader Daniel Goa has been touring the Pacific, seeking regional support to monitor the decolonisation process.

At the end of a week-long visit to Australia in July, Goa told Islands Business: “We look to Australia, New Zealand, our Melanesian brothers who have always supported us, but also the Micronesian countries and the Polynesian countries to support us at this crucial time.”

The referendum on self-determination comes at the end of a twenty-year transition established by the Noumea Accord, signed in May 1998 by the French State, New Caledonia’s independence movement Front de Libération Nationale Kanak et Socialiste  (FLNKS) and leaders of political parties opposed to independence.

Since 2012, Daniel Goa has served as president of Union Calédonienne, the largest party in the four-member FLNKS coalition.

At the FLNKS Congress last February, he was chosen as official spokesperson for the independence movement in the lead up to November’s referendum.

During his visit to Australia, Goa met with Minister for Foreign Affairs Julie Bishop, Minister for International Development and the Pacific Concetta Fierravanti-Wells and DFAT officials.

He also met High Commissioners of the four independent Melanesian nations, to discuss the role of the Melanesian Spearhead Group (MSG) in the lead up to the referendum.

The delegation also met a range of trade union, university and community representatives, with the FLNKS spokesperson presenting a keynote speech at the Lowy Institute in Sydney.

“The message was the same at all of our meetings,” Goa told Islands Business.

“After 20 years of the Noumea Accord, we have made much progress with economic re-balancing, the creation of new political institutions and addressing the rights of the Kanak people. But we are at a crucial time, with the referendum in November.

“We are looking to our neighbours to support us as we take the next step, to vote Yes or No on the transfer of the sovereign powers that would make us an independent nation. For the FLNKS, we are hoping for a Yes, so we can be an independent state to play our role in the concert of independent nations of the Pacific, at a time of major change in our region.” 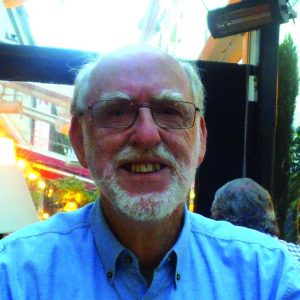