ALL eyes are on a trough of low pressure between Vanuatu and Fiji as the Easter long weekend approaches.

Most of Northern Fiji  – including Vanua Levu, Taveuni and associated smaller islands along with parts of Lau – were issued heavy rain warnings on Monday.

Today the warning has been extended to the northern parts of the Yasawa Group and the main island, Viti Levu.

The rain has been caused by a weak low pressure system between Nadi and Vila.

Commercial weather station, Na Draki, has warned that the low pressure system will slowly strengthen and likely form a Tropical Depression some time on Friday or Saturday.

“Whether or not it does strengthen, it is evident that rain will continue heavy at times through to Monday with widespread flooding of low lying areas,” Na Draki reported.

“There is likely to be some significant river flooding about the main islands later in the weekend.”

Members of the public have been advised to make preparations ahead of the weekend when most shops will be closed for extended periods.

They have also been warned to listen to the radio for regular updates.

Heavy rain alert remains in force for the rest of fiji.

A trough of low pressure with associated cloud and rain remain slow moving over the group.

For the rest of fiji:

The next special weather bulletin will be issued issued around 01.30 pm or earlier. 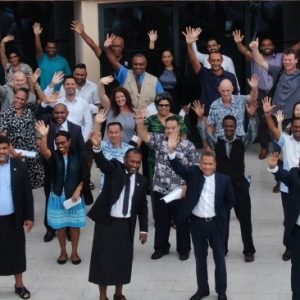 “These real life heroes deserve our gratitude every single day,” were the words of Fiji’s 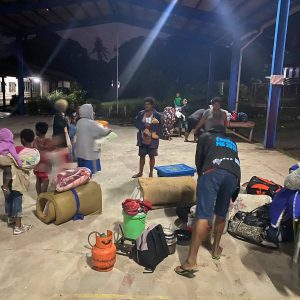 Clean up efforts are already underway in Vanuatu and Fiji, parts of which were hit 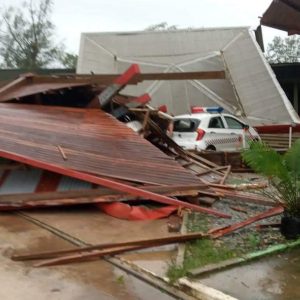 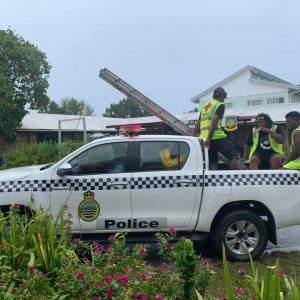 Tuvalu to declare state of emergency