France’s High Commissioner to New Caledonia, Patrice Faure, has announced that New Caledonia’s referendum on self-determination will proceed on 12 December, despite calls from independence parties for a delay until late 2022.

In a brief announcement on Friday, High Commissioner Faure said that “New Caledonians who wish to go to the polls on 12 December will be able to do so in peace and calm.”

The decision has angered the Kanak independence coalition Front de Libération Nationale Kanak et Socialiste (FLNKS) and other supporters of independence, who had called on the French State to delay the crucial referendum until next year.

Speaking on radio after the announcement, FLNKS spokesperson Daniel Goa confirmed: “We are not involved in this referendum, because the health and social conditions are not suitable for it to be held in serenity and peace.”

Independence politicians have argued for months that the referendum should not proceed because a recent surge of COVID-19 cases. Since 6 September, the spread of the Delta variant has led to more than 11,500 confirmed cases of COVID-19 and 272 deaths in New Caledonia, a territory of just 272,000 people. The deaths and illness have fallen disproportionately on indigenous Kanak and islanders from the Wallisian, Futunan and Tahitian communities. A subsequent lockdown and declaration of a state of emergency has disrupted campaigning for the crucial decision on New Caledonia’s political status.

Victor Tutugoro is president of Union progressiste mélanésienne (UPM), one of four parties in the FLNKS coalition. He told Islands Business that “even if the health situation has improved compared to a month ago, many Kanak and other islanders are in mourning for their dead. Many are still fearful of the virus as they move around. This is why we wanted to postponement of the vote.”

Tutugoro confirmed that, despite the announcement, the FLNKS and all other independence parties remain opposed to proceeding with the referendum in December. They will call on all independence supporters not to participate: “This position is supported not just by the FLNKS, but by the Kanak Customary Senate, the USTKE [trade union confederation], the Parti Travailliste [Labour Party], everyone.”

“We are shocked that it was the High Commissioner who made this announcement,” he added, “rather than the Overseas Minister or the Prime Minister, because the issue of New Caledonia is their responsibility.”

In contrast, conservative anti-independence parties, grouped as “The Voices of No” alliance for the referendum campaign, have welcomed the announcement, which followed a meeting of the French Council of Ministers in Paris on Wednesday.

In a media statement, The Voices of No supported the decision to maintain the date of the third referendum on 12 December, “in line with the commitments that were collectively made before the President of the Republic in Paris. We thank the French State for taking on its responsibilities and offering prospects for the future to New Caledonians, giving us the opportunity to close the Nouméa Agreement period.”

Under the 1998 framework agreement known as the Noumea Accord, New Caledonians can vote in up to three referendums to decide whether to remain within the French Republic. Long-term New Caledonian citizens – but not all French nationals resident in New Caledonia –  are given the option of voting Yes or No to become an independent and sovereign nation.

This week’s decision on timing is crucial, as this is the third and final poll under the Noumea Accord. In the two previous referendums, held in November 2018 and October 2020, a narrow majority voted against independence, but the FLNKS was confident of gaining a majority in the final vote.

Victor Tutugoro said the rush to the December poll has political motives: “We believe that they’ve chosen this moment because it’s most favourable for a No vote on independence. In the first referendum, the Yes campaign had 43 per cent support. For the next vote, this rose to 47 per cent. We were on a roll, we have growing support, so this rushed vote is designed to disrupt the dynamism of the Yes campaign.”

After two close results, however, the French government has taken the unilateral decision to hold the crucial third poll just 14 months after the previous referendum. Despite increasing use of social media, the FLNKS cannot match the massive media budgets deployed by anti-independence parties, and is reliant on face to face meetings amongst Kanak and islander voters. During the recent COVID lockdown, however, restrictions on public meetings, rallies and other campaign events have disrupted the campaigning seen in previous polls.

The timing is also driven by domestic French politics. France will hold its Presidential elections in April and May, followed by elections for the French National Assembly. With President Emmanuel Macron seeking re-election, and facing strong competition from extreme-Right leaders like Marine Le Pen and Eric Zemmour, a law and order campaign on the other side of the globe may appeal to conservative voters.

There is growing anger that by setting the date unilaterally, the French government is ignoring a key Noumea Accord partner and abandoning the consensus that has allowed two previous votes to proceed.

Pierre-Chanel Tutugoro is the Secretary General of Union Calédonienne, the largest independence party in the FLNKS.  Speaking to Islands Business just before the latest announcement, he said: “[former Prime Minister] Edouard Philippe solemnly declared in Paris on 10 October 2019, closing the 19th Committee of Signatories concerning the organisation of the future of New Caledonia, that the government of President Macron had ruled out that this third consultation would be organised between the mid-September 2021 and the end of August 2022.”

“It was with this understanding that our parliamentary group jointly filed a letter with the UNI group, requesting the organisation of the third consultation” he said. “But now the new Castex government has abandoned this process.”

The decision on the December date was taken unilaterally by the French government, following discussions at a roundtable in Paris last July. This meeting was boycotted by key politicians, including the current President of New Caledonia Louis Mapou and the President of the Northern Province Paul Neaoutyine, as well as anti-independence Senator Pierre Frogier, who represents New Caledonia in the French Senate.

After the roundtable, France’s young and ambitious Overseas Minister Sebastien Lecornu unilaterally decided on the December 2021 date, saying: “This date is not the subject of a consensus. It’s not an agreement. It’s an initiative that we are taking within the strict framework of the powers of the French State.”

Despite this, the FLNKS call for delay had been taken up internationally, with opposition politicians in France questioning the rush, and member countries of the Melanesian Spearhead Group (MSG) raising concerns at the United Nations. On 19 October, Papua New Guinea’s UN Ambassador Max Hufanen Rai made a formal statement to the UN Fourth Committee on behalf of the MSG, expressing concerns that New Caledonia’s referendum on self-determination would proceed as scheduled.

The MSG statement reiterated: “We are deeply concerned like many New Caledonians that the prevailing circumstances of the COVID-19 pandemic in New Caledonia…does not present a conducive environment for a fair, just, credible, transparent and peaceful conduct of the self-determination referendum. The current situation greatly complicates the organisation and the implementation of the referendum campaign in the territory. It will be practically impossible to organise community meetings, rallies and education and awareness activities.”

The official position of the FLNKS is to call for “non-participation” in the vote, rather than an “active boycott” that could lead to disruption at town hall polling booths. Last week, Union Calédonienne president and FLNKS spokesperson Daniel Goa called on all Yes voters and independence supporters to stay at home on 12 December, and “to stay away from the polling booths to avoid any confrontation with people turning out to vote.”

There have been numerous warnings of the FLNKS intention to stay away in December. On 23 September, the FLNKS issued a public statement calling for the referendum “to be postponed to an opportune date that still needs to be set, until the situation improves and our communities are more serene to express themselves on the future of their country.” The message was reiterated during face to face discussions with Overseas Minister Sebastien Lecornu last month.

On 28 October, a joint communique from three main pro-independence parliamentary groups (UNI, UC-FLNKS and Parti Travailliste) formally warned the French state that they wouldn’t submit official campaign posters and leaflets for approval by the due date. The communique stated: “We are informing the French State that our political groups have not transmitted any propaganda document to the Control Commission of the High Commission of New Caledonia…for the referendum consultation, if it were to be held on 12 December.”

“This referendum is the culmination of the Noumea Accord, the culmination of a decolonisation process,” Victor Tutugoro told Islands Business. “The FLNKS, as a representative of the indigenous people, the colonised people, has said that the referendum should be delayed and we will not turn out to vote on 12 December. Despite this, the French state has gone ahead to organise the poll without the first people, the colonised people. So who will turn out to vote? People who have never been colonised?”

“If the poll goes ahead on the 12th, we will not be there on the 13th to negotiate,” Tutugoro stressed. “They just want to talk about yet another statute [of autonomy], for the nth time. We tired of this discussion of statutes – we want our independence. We will challenge this fake referendum, locally and internationally, at the United Nations, calling for a real referendum for the colonised people.”

Despite incidents over voting access and registration, observers from the Pacific Islands Forum and United Nations declared the conduct of the two previous polls as largely free and fair, a finding accepted by most key politicians. But the likelihood that thousands of independence supporters will not vote on 12 December means this next outcome will be contested and rejected.

Facing a poll with limited participation by indigenous Kanak, Overseas Minister Lecornu has put on a brace face, arguing non-participation is not a problem: “In no case would it alter the sincerity of the ballot.” Given the certainty of ongoing political crisis, the Macron government is forging ahead despite clear warnings that there will be trouble, knowing the looming Presidential elections will complicate efforts to resolve any post-referendum disputes.

On 18 October, the UC-FLNKS parliamentary group issued a long statement on their hopes for the future. They stressed that the colonised Kanak people have an “innate and active right to self-determination” and the quest for independence will continue: “We reiterate to President Macron and his government our wish to build a new link with France – a link to tie together the French State with a sovereign state, free to co-construct interdependence. But if we absolutely have to choose between our freedom and these relationships, then we will choose our freedom.”

FLNKS spokesperson Daniel Goa noted the transformation of New Caledonia since the 1988 Matignon-Oudinot Accords ended the armed conflict of the 1980s: “Everyone welcomes the thirty years of peace, which is due to the sacrifice made by the Kanak. But today, everyone is in a hurry to wrap up this question, except us! We do not agree and we ask for more time.” 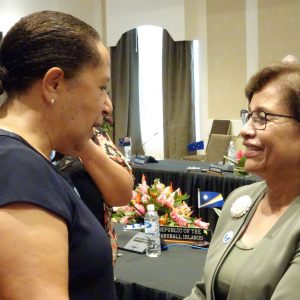 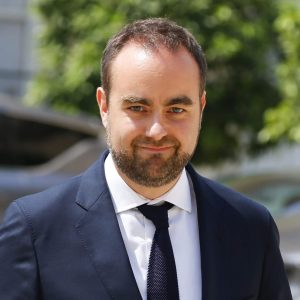 To vote or not to vote? Debating a New Caledonia referendum delay 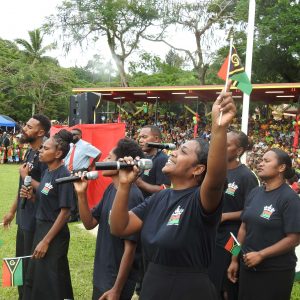 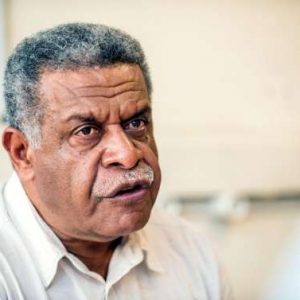