The Reserve Bank of Fiji Governor says Fiji could see a marginal economic recovery if borders open towards the end of the year. Ariff Ali says economic recovery will depend on fiscal support provided by the government in the 2021-22 national budget. “On a positive note, the RBF’s December Business Expectations Survey shows that overall business confidence has improved slightly from six months ago, possibly reflecting the successful containment of the virus locally, businesses adjusting to the new norm and concrete steps towards immunisation across the globe,” Ali says. He anticipates inflation will rise due to shortages as the result of Tropical Cyclone Ana and associated flooding. The full statement is available here.

Two companies listed on the South Pacific Stock Exchange (SPX) have suspended trading. Fiji Television (FTV) has suspended trading as it must recall and re-issue its financial statements for the financial year ending June 30, 2020.  In a statement today, it says “subsequent to the release of its Financial Statements…the FTV Board had undertaken certain internal investigations. The investigations identified some account adjustments which relates to prior years.”  The accounts adjustments are now being reviewed by an external auditor. Meanwhile Fijian Holdings (FHL), the parent company of Fiji Television has also suspended trading and expect its half yearly financial results to be delayed.

The IFC, a member of the World Bank Group, is to support Fiji’s government to design an early childhood care services policy. A 2019 IFC report found that each year, employers are losing an average of 12.7 work days per employee due to parents juggling responsibilities at work and home, costing businesses an average of FJ$550,000 (US$273,000) each year in lost productivity, or about FJ$1,000 (US$497) per employee. The cooperation agreement will also see the introduction of a licensing and inspection system for childcare providers.

Thunderstruck Resources has appointed Rob Christl as Vice President Business Development and Investor Relations. Thunderstruck anticipates drilling to commence in June at its Liwa gold and silver project in Fiji.

The Fiji Banks and Finance Sector Employees Union has confirmed Aunendra Singh as its national secretary, and Faizal Hussain as president. Singh says COVID-19 had led to reduced hours, pay cuts and reduced recruitment in the sector, and as a union they need to find collective solutions to protect workers. 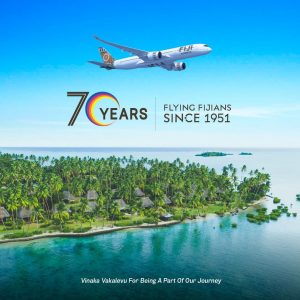