This is the second interdiction of Vietnamese boats by the Fench authorities in the Pacific this year.

In a joint operation with the Australian Defence Forces the boats carrying shark fins and skins were seized and their crews detained on Thursday.

“Despite the assurances of Vietnam last year, the illegal operations of these blue boats continues,” Ducrocq said at the Tuna Commission meeting in Pasay City in the Philippines.

“I am here to warn you that the blue boats are back and we find this unacceptable.”

In July three Vietnamese blue boat captains were fines $USD1.4million for illegal operations in Solomon Islands waters. They were jailed for four years after failing to pay the fines.

Typically built of wood they are very low in the water and extremely difficult to detect by maritime patrols and satellites.

Previously blue boats have been caught in the Federates States of Micronesia, Palau and Australia.

Ducrocq said that while blue boats did not directly affect tuna, they were the biggest example of Illegal, Unreported and Unregulated fishing in the Pacific region.

Illegal fishing is worth an estimated $USD235million annually and makes up for 20 per cent of fisheries activity around the world, according to the Pew Charitable Trust.

Bubba Cook of the Worldwide Fund for Nature (WWF) said blue boat activities were  emblematic about the problem of Illegal, Unreported and Unregulated fishing.

“We know from the Forum Fisheries Agency analysis that was done on IUU a couple of years ago that the biggest proportion of illegal, unregulated and unreported fishing in the region is not the illegal vessels like the Blue Boats but the unreported portion, or misreported portions, so people not filing out log books or failing to record things or looking the other way on things has even a bigger impact than the Blue Boats.“

Cook said blue boats highlighted a problem with illegal activities which must be addressed by the region.

The Solomon Islands’ Chief Justice, Sir Alan Palmer , said in his judgment of illegal Vietnamese fishing captains that IUU was a new phenomenon to the region and caused much concern, in terms of the theft of  valuable sea resources and wealth.

“This is relatively new way of intruding into the territorial seas and coastal waters by relatively small foreign vessels to fish for inshore species, with a focus on high value product in the Asian market,” Palmer said.

Palmer said blue boat captains took calculated risks to enter into the exclusive economic zone of Solomon Islands waters on the view that the Pacific was a soft target.

“I can assure you and everyone else thinking of coming into our waters that if caught you will be appropriately dealt with under our laws,”  Palmer warned.

Less than 12 month later New Caledonia has warned the Pacific that the region is still a target despite the Solomon Islands ruling and the seizure and destruction of blue boats by Palau and Indonesia in 2015. 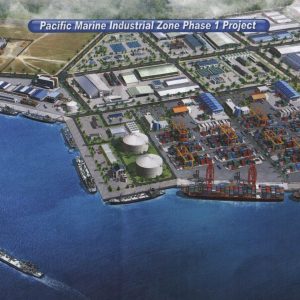 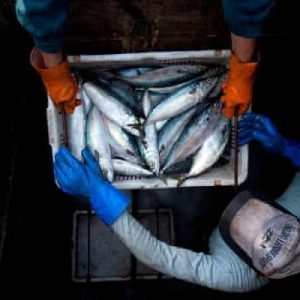 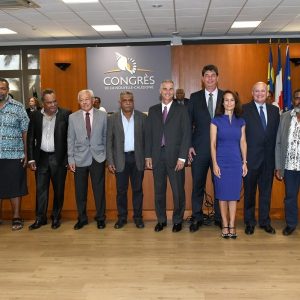 In a major transformation, the incoming government of New Caledonia will be led by the 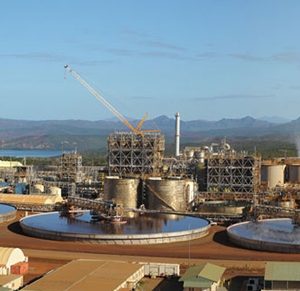 The young people gathered early in Noumea, preparing for action. Soon the main road along