Who will welcome Bougainville?

The results of the historic Bougainville elections are now known.  In electoral processes setting benchmarks for emulation in the Pacific, former Bougainville Revolutionary Army Commander, Ishmael Toroama, was declared President-elect.  Toroama in coming weeks will form a government and lead further negotiations with Papua New Guinea (PNG) on the implementation of the independence process endorsed by nearly 98% of Bougainville voters in the referendum last year.

For an event with such significant implications for PNG, Bougainville and the region, it was surprising to see the paucity of reactions to this occasion.  At time of writing, Prime Minister Marape from PNG has been the lone exception, offering his congratulations to President-elect Toroama and the invitation for talks in due course.  But across the Pacific, there has been a virtual silence.  Why?  And is this silence indicative of attitudes towards negotiations to come?  More ominously, might this be suggestive of the reception a newly independent Bougainville might expect?

To be sure, there is no suggestion the silence is motivated by any malign intent.  Perhaps it is simply diplomatic decorum, observing deference to PNG on what is an “internal” matter for resolution through negotiations between the parties in accordance with agreed process.  After all – by and large – things have run well since the cessation of hostilities, despite occasional political upheavals.  Why say anything that might be misinterpreted and potentially derail all the good that has been accomplished?

But truth be told, there might be additional considerations behind this silence.  For example, from the perspective of the larger resident powers in the region, the current geopolitical dynamics and strategic competition loom large.  The emergence of another “micro-state” vulnerable to influence from competitors, is the last thing needed at such a strategic juncture.  For France, moreover, this kind of example is not exactly helpful, with campaigning well underway in New Caledonia for another independence referendum, and simmering inclinations also in French Polynesia.  In this climate, any comment might be best avoided.

It is the silence of Pacific nations, however, that is most conspicuous and difficult to fathom and reconcile.  Is this wholly in deference to PNG?  Is this the Pacific Way?  But what of the Melanesian connection with Bougainville?  Are no expressions of fraternal solidarity permissible?

Most certainly, there are sensitivities to be navigated.  And some of these are purely “internal” among Pacific neighbors, such as the Solomon Islands and recent secession issues around Malaita.  It will be interesting to watch how bilateral relations between Pacific nations, PNG and an emerging Bougainville evolve in future, and how any such sensitivities will be accounted for.

More broadly – at a regional level – it will similarly be fascinating to observe the evolution of regionalism with Bougainville’s emergence.  Both the Melanesian Spearhead Group (MSG) and Pacific Islands Forum (PIF) have established precedents recognising the membership of organisations or less than fully fledged independent nations – the Front De Liberational De Nationale Kanak Et Solcialiste in the case of the MSG, and for the PIF, New Caledonia and French Polynesia.  Making dynamics interesting, for both the MSG and PIF, Papua New Guinea is a full member.  And for the MSG, there are the additional issues of Indonesia being an Associate Member, and the United Liberation Movement for West Papua, an Observer.  In this complex milieu, what if a current PIF or MSG member proposes membership for Bougainville?  What kind of dynamics and repercussions will be unleashed by such a development?

No doubt, much water will pass under the bridge before we come to these issues.  But for many in the region, there will be challenging discussions to be had very soon about bringing Bougainville into the Pacific family.  While much will hang on discussions between PNG and Bougainville, the success or otherwise of these talks will have far-reaching implications for our region as a whole.  It is in the interests of us all to be invested in these. 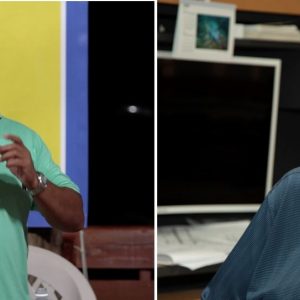 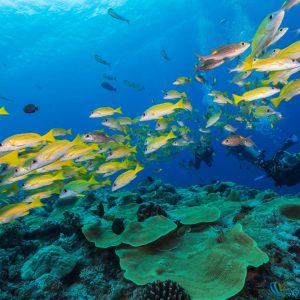