From the zenith of Pacific regionalism (the Forum) from the early 1970s, Fiji’s standing in the group and amongst its regional neighbours stooped to unprecedented ignominy in 2009. Fiji was the first member country ever to be suspended from the Forum. It remained in the doldrums until 2014 when its membership was reinstated after the country’s 2014 general elections. After tentative steps to regain its rightful status, Fiji appears to be firmly on the way to recapturing its lost good name. Its task is a foregone conclusion. It has to be the mainspring of transformative changes under the proposed 2050 Strategy. Fiji’s first step is to ensure that the strategy is expertly and adequately framed to effectively deliver on all the changes that will transform the economies of the Pacific Island Countries (PICs) to sustainability, secure inter-dependencies and heightened levels of self-sufficiency.

Fiji’s good name in the Forum had a pre-Forum lead-up. In 1965, independent Western Samoa was a member of the then South Pacific Commission (SPC). Fiji and other non-independent PICs attended SPC meetings only on invitation. But they were unhappy about their treatment by the metropolitan countries. At the meeting in Lae that year, Fiji’s Ratu Kamisese Mara masterminded what was to be later referred to as the Lae Rebellion.

Ratu Mara articulated the PICs’ concern: “The powers seemed incapable of realising that the winds of change had at last reached the South Pacific and that we peoples of the territories were no longer going to tolerate the domination of the Commission by the metropolitan powers. We were sick of having little to say and no authority. Regardless of what we said or did the final decision was always in the hands of the metropolitan powers.”

The Lae Rebellion resulted in the breakaway of five PICs—the Cook Islands, Fiji, Nauru, Tonga and Western Samoa—with the idea to establish their own forum between 1970 – 1971. Ratu Mara, Fiji’s first Prime Minster, was the principal interlocutor for the group and he negotiated the terms of the inclusion in the group of New Zealand first and Australia later. The South Pacific Forum was thus formalised in Wellington in 1971. Ratu Mara later justified the inclusion of the two developed countries: “We were happy to be joined by Australia and New Zealand (ANZ) in the Forum…..Indeed, we wanted them for a special reason for part of the ambitious plan of the Forum..…was no less than to alter the whole balance of the terms of trade.”

Fiji’s good record persisted over the years when the Forum needed to negotiate and resolve intractable global issues like The Law of the Sea and nuclear testing. Fast forward to 2000, under the Biketawa Declaration, specifically under RAMSI, where Fiji’s contribution of security personnel, along with those from Australia, New Zealand and other PICs assisted Solomon Islands in its hour of need, is to be commended.

But the period starting in December 2006 marked Fiji’s decline in favour in terms of Pacific regionalism. The same Biketawa Declaration was invoked to suspend Fiji in 2009 following the coup of 2006 and failure to conduct general elections as first indicated.  Fiji’s suspension was lifted in October 2014 after the general elections. But the controversies surrounding Fiji persisted. This was due to Prime Minister Bainimarama’s intention to find ways to exclude Australia and New Zealand from the Forum’s membership.

This intention, however, waned somewhat with the execution of the provisions of Australia’s ‘Step-Up’ and New Zealand’s ‘Pacific Re-set’ that strengthened regional aid packages for the PICs. PM Bainimarama’s mood was upbeat on the way to the Tuvalu Forum Leaders’ meeting last year. When asked about his relationship with Australia and New Zealand, he said that the Forum was reaching a new stage in its development with both. His mood, however, reverted to being critical of the two developed country members after the divisive shenanigans of Funafuti instigated by Australia as perceived by the PICs Leaders.

However, all that seems to be water under the bridge. PM Bainimarama opened Fiji’s national consultation on the 2050 Strategy last August. He was upbeat. He was inspirational. He spoke of Forum Leaders as the captains – the ones who must make the day-to-day decisions that lead us to our destination. Our destination “is to achieve the future we know is right and know is possible.”

The future of course, and the path to get there, will be encapsulated in the 2050 Strategy. In Fiji’s eyes, “the Strategy will be at the heart of our ambition.” Referring to Australia’s effort to ensure equitable access to a vaccine to the coronavirus in the Pacific, PM Bainimarama said: “If we harness that spirit of regional collective action, we have good reason to hold faith in our progress for the next 30 years.”

As host to next year’s Forum Leaders’ meeting, Fiji now plays a critical role in determining and advancing Pacific regionalism to the unprecedented heights to which we all aspire. At the officials’ level, Fiji provides managerial and critical inputs in the formulation of the 2050 Strategy. At the Leaders’ level, Fiji starts a three-year stint as a member of the Troika. During one third of that period, Fiji will assume the chair.

The 2050 Strategy for the Blue Pacific Continent, to guide Fiji forward, is likely to be innovative and far-reaching, judging from the evocative elements of the Tuvalu Communique, and from the assessment and outcomes of planning to date. The Communique speaks of course of the new 2050 vision, the particularisation rendered to the ‘vision of PICs only that recognized the Blue Pacific Continent’, the link to the SAMOA Pathway and the Boe Declaration.

In the context of the experiences, fortunes and the unfolding of events of Pacific regionalism since 1971, there are likely to be critical lessons that could be incorporated into the strategy. A number of lessons stand out prominently and they, in my book, will need to be formulated with hindsight to enable curative measures to be transformative. But transformative in a positive and realistic sense. PICs need to make a quantum leap to make a difference. Pacific regionalism needs to be more meaningful through the effective delivery of the expectations of its members, especially those of the PICs.

For 49 years, PICs have remained vulnerable. Their inter-dependencies remain weak. Their economies’ dependence on aid still remains as one of the highest in the world, on a per capita basis. This needs to be turned around.

On top of that, their trade is weak. Industrialisation in regional hubs or in clusters remains a dream. Transformative ideas like value adding products for specific high-value niche markets have yet to take the world markets by storm.  In short, regional economic integration, after 49 years, is still rudimentary. Essentially, re-doing the basics of regionalism properly is a lesson that can be drawn from our 49 years of collective efforts.

Climate change is an added threat. Post-COVID-19 measures will complicate matters and will require greater resilience, commitment and grit.

The above tasks await Fiji. Fiji has the wherewithal to excel. Regional solidarity is the key. 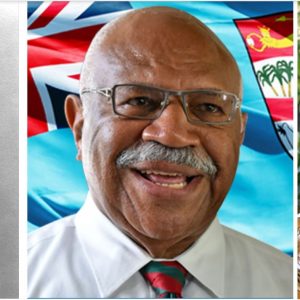 In 1965, buoyed by the outcomes of the constitutional conference in London, the Leader of 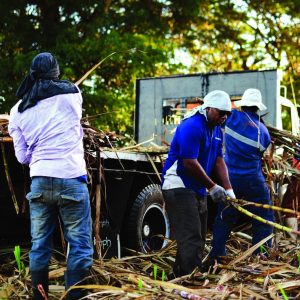 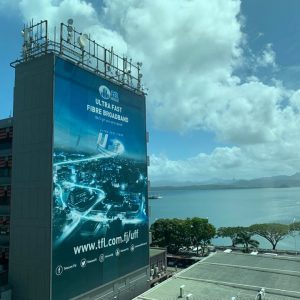 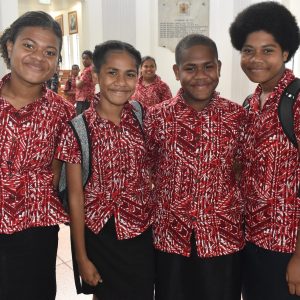 In my family, October 10 marks the day that my grandparents started their life together.