Post-COVID-19 propositions for various sectors of the economy currently abound. Credit to those who are churning out these fine ideas for public consumption. One in particular, by Dr. Transform Aqorau: ‘Imagining a new post-COVID-19 international economic order (NIEO) for the Pacific Islands’ is essentially regional in essence and in application. Dr. Aqorau refers to it as ‘a single custom and development union’, or alternatively, ‘a single economic and development union’.

His article goes on to describe this NIEO for the Pacific Islands. In the lexicon of regionalism, Aqorau’s NIEO is essentially regional economic integration, with a degree of specificity on extractive industries, structured on the basis of a free trade agreement, and which has progressed to a customs union, common market and economic union. But it goes beyond that to include advanced regional integration measures to coordinate policies beyond economic, including the coordination of institutions through a regional parliament, for example.

Professor Biman Chand Prasad had earlier suggested something similar: a ‘Pacific community and Pacific Parliament.’ It is this regional architecture that is the face of regionalism and necessarily the counterpart to the rest of the world. This thus earns its ‘NIEO’ lexicon in Aqorau’s perspectives.

But all this rings a loud bell. The regional leaders, way back in 1971 at the first ever meeting of the then South Pacific Forum, were also deeply immersed in imagining the various solutions to the challenges they faced. Then, the unprecedented challenges for the five Pacific Island Countries (PICS) related to their newly independent state. A solution, they imagined, was ‘the possibility of establishing an economic union for the area.”

‘The area’ in this specific instance can be deduced from the formulation of the leaders’ decision as trading between and amongst the five PICs, ‘whose senior officials were to meet within three months’ to progress the establishment of an economic union; and officials from Australia and New Zealand were to join this task by way of promoting ‘trade and economic cooperation in the region.’

The sense of creativity and adventure that characterised the decision-making above is worthy of notice. It all came about notwithstanding the two-caucus approach to conferencing that existed then. This two-caucus approach, however, disappeared the following year (1972) on Australia’s initiative. It remains to be seen whether this structural re-organisation to merge the two unequal groups was responsible for the dilution of the natural impulse to bridge the socio-economic gaps and inequality that existed then and has continued to frustrate the Pacific Island Forum’s membership and its inherent unity.

Dr. Aqorau is correct in acknowledging that the idea behind a ‘single custom and development union’ or ‘single economic and development union’ (SCDU) is not new. “What might be novel,’ he says, “is the idea of integrating our economies to have a SCDU…….” The latter is so because Pacific regionalism has not faithfully committed itself to progressing the idea. Many factors have come into play.

The question to be asked, therefore, is what has happened to this bullish concept of an economic union that was envisaged some 49 years ago. The events of Pacific regionalism over the decades are revealing and instructive and from them we can learn to better strategise to avoid the mistakes of the past.

It took nine long years for the South Pacific Forum (SPF) to make the first move towards an economic union. In 1980, the SPF opted for a preferential, non-reciprocal trade arrangement to establish the foundation for an economic union. Such a preferential arrangement was considered with greater compliancy at the time by the global trading system. The dichotomy of SPF membership, resulting from Australia and New Zealand’s privileged positions as developed countries vis-à-vis others, played a pivotal role as well.

The idea of a Free Trade Agreement (FTA) amongst the PICS as basis for an economic union was still over a decade away.

Australia and New Zealand thus agreed to establish the preferential South Pacific Regional Trade and Economic Cooperation Agreement (SPARTECA). This was signed in 1980 and came into force in 1981.

SPARTECA was unidirectional. PICs’ exports were provided market access in Australia and New Zealand. Rules of Origin (ROO) were devised for the conduct of trade. The agreement however lacked provisions and resources to support and promote the supply side of the PICs’ export trade. Thus in 1984, SPF noted the decline in PICs’ exports under the agreement. In the following year, SPF queried the relevance of SPARTECA. Later in 1988, SPF noted PICs’ problems of production capacity and the inadequacy of the agreement’s ROO.

Fiji was factoring all these issues in its approach to regionalism. So much so that Fiji’s delegation to the 1993 Leaders’ meeting opted to propose a SPARTECA-look-alike agreement to the rest of the PICs. This, however, did not see the light of day. Had that progressed, it would have been interesting to note its formative impact on economic union at the time.

Fiji, furthermore, took advantage of its close bilateralism with Australia and New Zealand to negotiate changes in the SPARTECA Rules of Origin. This consequently boosted the development of Fiji’s garment industry at the time.

Sometime later, however, further negotiations to expand to capitalise on the same ROO proved negative. The global trade scenario had changed somewhat. The catchphrase of ‘free trade’ prevailed over preferential trade. Australia and New Zealand were thus prevailed upon to advise PICs that SPARTECA (and its ROO), had outlived its time.

In the late 1990s, it was back to basics in considering a basis for an economic union. SPF members negotiated an FTA: the Pacific Regional Trade Agreement (PARTA). This was to be an intra-regional trade agreement, including Australia and New Zealand.  The idea for a FTA just for PICs as the basis for the development of an economic union did not get the nod at the time. It was to come later, however, when PARTA was discarded. Did political economy considerations of SPF’s dichotomous and differentiated membership get in the way? Did geopolitical considerations cloud rationality in this instance?

When it came to signing PARTA, the PICs rebelled, unhappy with their treatment under the agreement, and refused to sign. PARTA’s provisions lacked the trade and trade rules concessions that would persuade Pacific Island trade ministers to readily commit to the agreement.

This predicament was resolved when SPF discarded PARTA and quickly negotiated the Pacific Island Countries Trade Agreement (PICTA) – an FTA for PICs only, and the Pacific Agreement on Closer Economic Relations (PACER) – an economic framework agreement between the PICs and Australia and New Zealand.  PACER then gave rise to PACER Plus, a FTA between twelve PICs and ANZ. This is finally to come into force with Cook Islands’ ratification. But its 16 years of negotiations diverted much energy and intellectual competencies from the task of properly establishing the economic union envisaged for PICs in 1971.

In the meantime, PICTA came into force after it was signed in 2001. However, in 2020, only seven members (50 per cent of membership) are implementing the agreement. The envisaged economic union remains a dream.  Professor Chand’s advanced regional integration scenario of a regional parliament will remain on the ‘to do’ list for the time being. Much was discussed on these advanced regional integration projects in the early 2000s during the formulation of the Pacific Plan. However, little or no progress eventuated due to claims they were ill-conceived and lacked buy-in.

Yes, it is time for new normal. Post-COVID-19 demands all that. But history still has a role to play. Pacific regionalism is best advised to occasionally cast its eyes back at its own history and re-evaluate events, and itself, from the perspectives particularly of political economy and geopolitics. The Blue Pacific should not become a cliché. It should learn from George Orwell: “Who controls the past controls the future. Who controls the present controls the past.” 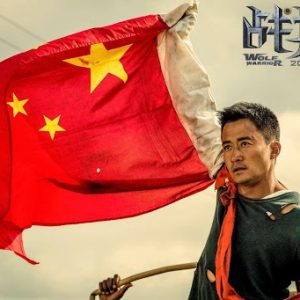 Around the kava bowl in Suva, people were discussing some undiplomatic behaviour by Chinese diplomats