Vanuatu’s citizenship scheme has been the focus of political campaigns as the country goes to the polls this month. One of Vanuatu’s biggest revenue sources, sales of Vanuatu passports through various ‘citizenship by investment’ programs reportedly sky-rocketed in 2019.

Many candidates are campaigning against the schemes, but the biggest challenge for the incoming government will be how to restore Vanuatu’s economy to meet the country’s development needs if it must stop the easy revenue made through passport sales.

While Vanuatu looks forward to celebrating 40 years of Independence on July 30, concerns over national identity and sovereignty remain vast and significant for most voters who were due to cast their votes March 19.

Many political candidates who were part of the incumbent Charlot Salwai-led coalition government have been party to the various Citizenship Schemes, although their position during the current election campaign suggests otherwise.

Ralph Regenvanu a political candidate for the Port Vila constituency said more than 4000 passports have been sold since the program was introduced in 2014 and around VT13 billion (US$108 million) was raised and used to clear and settle accumulated debts owned by the government over the years.

The Vanuatu Government has announced a budget of Vt57 billion (US474 million) this year. Already a former veteran politician and former Minister of Finance, Wellie Jimmy Tapangararua fears this is unachievable.

“The government is giving us a false impression to think the government will generate this money so service delivery will be improved.

“But it will be interesting to see the actual spending of the government last year and where will the increase come from to achieve the VT57 billion.”

The Vanuatu National Investment Promotion Authority (VIPA) says there were greater numbers of foreign investors into Vanuatu in 2019 compared to the previous nine years, however the economy is obviously depressed in terms of the number of businesses that are closing up since end of 2019 and candidates and businesses have called on the nationalgovernment to do more to support the business sector.

The government’s policy framework plan for achieving a stable, sustainable and prosperous Vanuatu within 15 years is dubbed the National Sustainable Development Plan (NSDP) 2030.

It will be interesting to see how the next government and especially the political parties in power align their policies and vision based on the NSDP and how their policies will carry forward the peoples plan 2030.

They face charges of bribery and perjury. Fijian lawyer Filimoni Vosarogo was given leave to represent them, and on March 17 the court ruled they could stand, adjourning the matter to May.

Meanwhile the Electoral Commission has welcomed international and local observers prior to election. The Pacific Islands Forum mission is led by Pita Vuki, who was also part of the Forum’s previous mission to Vanuatu and said: “I observed the 2016 snap election when the Electoral Commission and Electoral Office had significantly less time to prepare. I look forward to observing the elections in Vanuatu where all stakeholders have had the full electoral cycle to prepare.”

The Head of State, His Excellency Obed Tallis declared March 19 as a national public holiday in Vanuatu as the country will go to polls to elect its members of Parliament for the 12th Legislature. 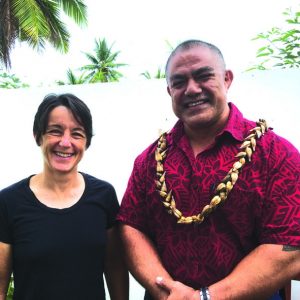 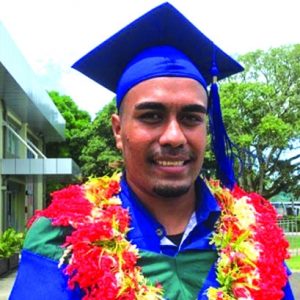 On sweltering day in Suva this month, a sea of proud agriculture students decked out