An honest and critical appraisal by donors, recipient nations and other stakeholders is critical if the region is to take advantage of every donor dollar and show growth that truly impacts Pacific people’s daily lives say some of the region’s leading development thinkers and workers.

Writing for Australian media, she said while the  governments of many Pacific island nations gladly accept aid funding, there is often little buy-in to assist with the implementation of aid projects, and that “decades of aid has done little to filter down to the way most Pacific islanders live.”

The blame she attests, does not rest entirely with aid recipients. “Infrastructure projects funded by donors in the Pacific are notoriously devoid of well-thought-out motives, good planning and follow-up maintenance programs and are all too frequently of poor standard. Donors often give scant attention to follow-up surveys, value-for-money considerations, reciprocal and tangible inputs by recipient governments, and to holding recipients accountable. The general attitude by donors and by recipients is to build it, watch it decay, then rebuild it – all with aid money”.

Shamima Ali, who heads the Fiji Women’s Crisis Center (FWCC), says such conclusions call for a different way of doing development in the Pacific. FWCC has received direct Australian aid for almost two decade, and Ali was the recipient of the 2018 Mitchell Humanitarian Award: “There are issues around corruption and wastage but if the Pacific people were to have a greater say in programming and aid we received, we can then be held entirely responsible for it.”

She adds that any development assistance given to the Pacific needs to take into consideration the cultural and religious beliefs and contexts within which Pacific lives exist, including the gendered rules under which people live.

In her analysis, if development assistance shows poor returns, it’s often because of a poor knowledge of the Pacific by some of the expertise provided by donor partners, who she says, are often young persons who have done “some gender studies courses at University level”. Overcrowding in the funding field with numerous donors funding an existing area of work means donor dollars are dispersed in a “haphazard manner” Ali says.

“There is a great need for aid coordination in the Pacific.Even among funding agencies and organisations there is a lot of competition in terms of who is in which space, so there is much duplication and while this goes on, problems remain”.

Former Head of Parties to the Nauru Agreement, and Solomon Islands’ new Permanent Representative to the UN, Dr Transform Aqorau contends that ‘smart’ aid rather than more aid, is needed. “Aid has to be targeted. that we need is not aid for development, rather proper economic policies that empowers people to improve their social and economic conditions.

”Dr Aqorau contends if aid in the Pacific is performing poorly, its real destination needs to be looked at. “If 60 per cent or a good proportion ends up with Australian consultants and contractors, then it really begs the question of what is happening in our aid sector? If development assistance in the Pacific is failing, it’s the donor that has to be held accountable as most M&E [monitoring and evaluation] frameworks, transparency and accountability mechanisms are drawn up using Australian expertise.”

The discussion comes as submissions to the Australian International Development Policy Review have come to a close. While the FWCC has not made a submission, Ali says three priority areas could lift Pacific development; continued support for women’s development including around women’s oppression and violence against women, an area she says “DFAT has done good work in”, plus women’s political and economic empowerment. But Ali says Pacific women need to take leadership in implementing these programs.

Both Ali and Aqorau place the building of Pacific expertise and capacity as extremely important factors. Ali says even when Pacific expertise is available, “people with poor understanding of the Pacific are brought from outside.”

She questions the re-emergence of international INGOs and contractors, saying in some cases development dollars are going to these organisations, and that local, regional organisations need more autonomy to operate without interference. “No aid is bad aid if it is properly thought out and if the interest of the Pacific people is at the heart of development… Pacific leaders and donors need to talk openly and donors need to tell Pacific people where they are going wrong. On our part we need some soul searching by Pacific Government and NGO leaders who are aid recipients. At the end of the day aid effectiveness and frameworks to guide it are a partnership between donors and recipients with both playing equal roles here” she added.

Dr Aqorau feels it is time the region went back to basics with the development assistance it seeks. “Education in the Pacific is not compulsory, so not mandatory for everyone. As a vision, our leaders should say we want assistance with achieving 100 per cent literacy and numeracy for our populations. No Pacific government has a policy that says it wants 100 per cent literacy or numeracy rates. Also it is rather ironic in some of our  villagers we don’t have running water. If you want to develop the Pacific let’s get the basics right before bringing in all these grandiose development ideas. People have gone back to digging wells and using nearby streams for drinking water and washing. We need to identify our basic needs and let the donors know what we want and not have the donors tell us what they need to do for us.”

Ultimately he says, Pacific Leaders should seek assistance which will help us move out of our aid dependence. “In the Pacific our regional organisations, an important part of our regional architecture are beholden to Australia and would never survive without Australia. It is the same with some of regional governments.”

“For the Pacific to retain its sovereignty while taking development assistance from its numerous partners, it should know what it wants. Has any government in the Pacific shown a real vision in what it wants for its people? The Pacific Framework for regionalism is rather fancy…. but look at the percentage of people around the Pacific with no clean water to drink and who need to improve their literacy. The Framework doesn’t address the critical development needs of the majority of people in the Pacific and requires a rethink if the Pacific is to truly grow.”

DFAT is a major donor for numerous regional organisations, including the Pacific Islands Forum Secretariat and The Pacific Community. The newly appointed head of the Secretariat of Pacific Community, Australian Stuart Minchin says the responsibility for aid effectiveness is a shared one. “From planning with our members, to donor contribution, to coordination and management, to implementation, to monitoring and evaluation and even he end user. Each plays a part in ensuring that development funds are effectively serving their intended purpose, and that the intended  purpose is in line with the development objectives, regional aspirations and national priorities of our members.”

Dr Minchin says the SPC has clear accountabilities. “We are ultimately responsible to our members- which obviously includes Australia. Each and every project/program is carefully examined to ensure it is in-line with the declared priority areas of SPC, that it is viable within our budget, that its outputs and objectives are clear and that it will have a measurable and positive impact.”

“We are an organisation that stresses the importance of innovation, and innovation requires some level of risk. But even the projects that don’t ultimately achieve the ideal results still provide valuable lessons that enable us to continuously improve,” he says.

Australian Assistant Minister for Defense, International Development and the Pacific, Alex Hawke has told Islands Business that the Australian Government won’t apologise for making the Pacific its priority in granting development assistance. “This doesn’t come at the expense of other regions…South East Asia is also a priority, a different region with different features. The Pacific is certainly our first approach”.

Hawke expects Australia’s International Development Policy Review to suggest how to better collaborate with Pacific Island countries to measure outcomes. “We have heard through partners and NGOs about these measurements and making sure that when we spend money, we capture outcomes. Sometimes it’s harder than it sounds. Long-term programs have long-term benefits, so we don’t want to be too brutal about it. But we also need to ask hard questions of where money is best spent.

Minister Hawke says monitoring and evaluation frameworks are a partnership. “DFAT does not set them arbitrarily, we do work through our missions and partner governments. However governments do change and priorities do change, things do shift in program lives… we need to be honest when programs do succeed or when they are not working and can be.”

Sen is an independent regional development, governance and communications consultant. 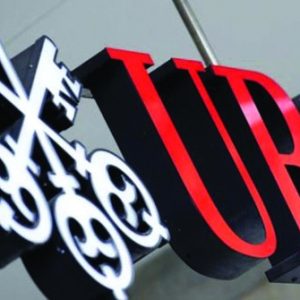 2020: The year for a PNG anti-corruption commission

The Chairman of Transparency International PNG, Peter Aitsi, expects the Marape government to establish an