ANOTHER REFERENDUM FOR NEW CALEDONIA

New Caledonia will hold a second referendum on self-determination in early September 2020.

On 10 October, the annual Committee of Signatories to the Noumea Accord brought together representatives of the French government, the independence coalition Front de Liberation Nationale Kanak et Socialiste (FLNKS) and conservative anti-independence parties in Paris.

In a crucial decision, the Committee of Signatories decided that there would be a second referendum to be held under the provisions of the Noumea Accord. The next vote will be held on either 30 August or 6 September 2020, with electoral officials to clarify the exact date.

The dates are a compromise between the wishes of the anti-independence forces,  who lobbied for an earlier poll in July 2020, and the FLNKS, which was seeking a later date in November 2020. The first referendum on 4 November last year saw 56 per cent of New Caledonians voting to stay within the French Republic, with the ‘No’ vote opening the way for another referendum (a further No to independence in 2020 would mean that a third vote can be considered in 2022, after which all parties need to go back to the drawing board).

If New Caledonians vote No in 2020, the third referendum cannot be held between September 2021 and August 2022, during the French election season. French President Emmanuel Macron will stand for re-election in April 2022, most likely facing off against Marine Le Pen of Rassemblement national (formerly the Front national), or her niece Marion Marechal, granddaughter of Front national founder Jean-Marie Le Pen.

After the Presidential elections, French voters will elect a new National Assembly next June – and all political forces in  New Caledonia agree that their future political status should not become further entangled in a bitter electoral dispute in France.

For Philippe Michel of the anti-independence party Calédonie Ensemble: “The worst thing would be for the third referendum to be held in the months leading up to a presidential election. Between the [Right-wing]  assemblement national and the [Left-wing] France insoumise, you could see this issue transformed into a theme for the national campaign.” For many in the independence movement, it doesn’t really matter which French President is in power, given all major parties in Paris support ongoing colonial rule in the Pacific.

In a significant symbol of the importance of the looming referendum, FLNKS representatives travelled to the Committee of Signatories as one united delegation. For many years, there have been tensions between the two major independence  parties Union Calédonienne (UC) and the Party of Kanak Liberation (Palika), and the two camps have often competed for seats in local political institutions. The May 2019 provincial assembly elections in the Northern and Loyalty Islands provinces saw strong contests between electoral lists aligned with UC or Palika. The same competition is likely to be played out in March 2020, during elections for local municipal councils. Despite this, all the parties making up the FLNKS will have a joint campaign for the referendum next year.

There are also significant debates amongst other pro-independence groupings that called for non-participation in the November 2018 referendum, including the Parti Travailliste (PT – Labour Party) and the Union Syndicale des Travailleurs Kanak et Exploités (USTKE – Confederation of Kanak and Exploited Workers’ Unions). The PT’s decision not to participate in the referendum was widely critiqued as a strategic error. At elections last May, PT lost votes and seats in majority Kanak areas, and despite winning a seat in Congress, PT leader Louis Kotra Uregei soon stood down from the parliament.

On 19 October, the PT and other minor parties held a day-long seminar to debate their future strategy in light of the second referendum. A working group on “Kanak socialist independence” will prepare a report for another meeting next January. In coming months, there will also need to be dialogue between the FLNKS and smaller pro-independence groups, in an attempt to form a united front for the September 2020 vote.

The French government has stressed that the November 2018 referendum was conducted fairly, with registration of eligible voters monitored by United Nations electoral missions. Because of a long-running and unresolved dispute over who was eligible to vote, the French government was conscious that perceptions of fraud or maladministration could delegitimise the result.

Conscious of international scrutiny from the United Nations, neighbouring countries and a small media contingent, French officials went out of their way to dispel any concerns over the administration of the polling. Despite this, both supporters and opponents of independence had post-referendum criticisms of the electoral registration and voting process, including eligibility for their supporters, proxy voting and access to polling booths for outer island voters.

For last year’s referendum, there were 174,165 registered voters, but voting is not compulsory. Only 141,099 people cast a valid vote on 4 November, and with an unprecedented 43 per cent supporting independence, only 18,535 votes separated the Yes and No vote. For this reason, with a pool of another 33,066 registered voters and many 18-year-olds reaching the age for registration next year, each camp is working to ensure that the rules favour their constituency.

Before last month’s meeting in Paris, members of the anti-independence coalition Avenir en Confiance lobbied for automatic registration for 1,500 locally-born non-Kanak voters with more than three years residence. This would have required a change to the French organic law that governs the Noumea Accord, so this proposal was rejected by the Committee of Signatories. Instead, the French High Commission will write to this group individually, and encourage them to register and vote.

In turn, the FLNKS has been lobbying for the rights of more than 2,000 “lost” Kanak voters, born in New Caledonia and holding customary civil status, but without a registered address. Many are clearly eligible to participate as part of the indigenous, colonised people, so the French government agreed to allow access to state files to find evidence that would allow more of these Kanak voters to participate.

The Macron administration made a number of other concessions that will assist a bigger turn out of independence supporters, including easier access to proxy voting. Because of the nature of colonial justice in the French dependency, many young Kanak and islanders are more likely to fall foul of the law. More than 90 per cent of prisoners in the Camp Est jail at Nouville are indigenous. Last year, searching for every last vote, FLNKS activists organised proxy votes for prisoners, as people jailed for minor crimes are still eligible to vote.

Now, the Committee of Signatories has agreed there should be improved registration of prisoners and the option of postal voting. With every vote counting, the FLNKS hope to improve on last year’s effort, which saw a team working with prisoners’ families to organise proxies for 84 out of 230 eligible prisoners.

Before the 2018 referendum, there was a high level of uncertainty about the legal  implications of a majority vote for independence. For this reason, the FLNKS pressed the French government to issue an official statement to address concerns about the status of the electoral system and the Noumea Accord after the referendum.

The meeting in Paris agreed that before next year’s vote, the French State will prepare a more detailed statement on any post-referendum transition, setting out necessary steps on the pathway to a declaration of independent statehood. Such a statement would, more controversially, set out France’s policies in case of a No vote – a difficult balancing act given that anti-independence parties want to negotiate a new status agreement within the French Republic, while the FLNKS wants to press on to a third vote on full and sovereign independence.

The meeting also agreed to a review of the Control Commission that conducted last year’s referendum and to again invite United Nations monitoring of the vote. After the meeting, Union Calédonienne issued a statement noting that: “UC will remain vigilant to ensure that certain technical modifications to the vote will be improved, especially concerning proxy voting and interventions by the Control Commission.”

Despite the compromises and agreement in Paris, it’s clear that supporters and opponents of independence are still separated by significant differences.

This was highlighted by a proposal floated by Senator Pierre Frogier at the Committee of Signatories, an intervention that reminded everyone that some do not accept that the Noumea Accord is a decolonisation process. Frogier, former leader of the anti-independence party Rassemblement-Les Républicains, floated the idea that New Caledonia’s three provincial assemblies might report directly to the French government in Paris, rather than the Congress and Government of New Caledonia.

For the FLNKS, this idea suggests partition of the country between the Southern Province, with its majority anti-independence electorate, and the Northern and Loyalty Islands Provinces, which have been governed by FLNKS member parties for more than 30 years.

The idea of partition is explicitly rejected in the 1998 Noumea Accord, which states that: “The result of a referendum will apply for the whole of New Caledonia. One part of New Caledonia cannot accede to full sovereignty or maintain different ties with France, on the basis that the results of the referendum vote would be different for them from the overall result.”

“For myself, this isn’t Frogier’s idea but rather an idea from the French State, which it cannot speak aloud,”Wamytan said. “This is a  proposal, but to what end? To extinguish the nationalist call for the independence of the country…This is exactly what France did with Mayotte and the Comoros islands” [which separated after independence, leaving Mayotte as French territory].

“For us, this is unacceptable,” Wamytan added. “It’s a strategy by the French State to hold a part of the Melanesian archipelago to France’s bosom.”

With this month’s referendum in Bougainville, ongoing conflict in West Papua and now a second referendum in New Caledonia, the issue of self-determination and political independence is firmly on the region’s agenda. 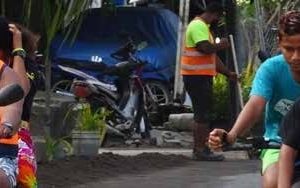 An across-the-board pay rise for all government employees including cabinet ministers and parliamentarians, an incentive 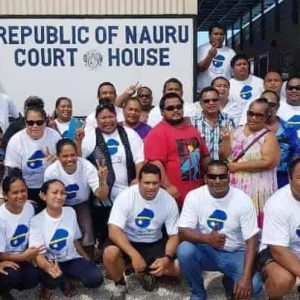 It is back to square one—and the attendant frustrations, fear of political persecutions and absence 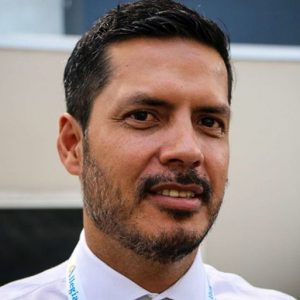 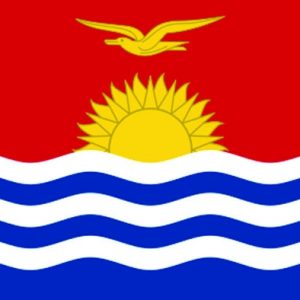 Will Kiribati have a new government by December? That is the million-dollar question with the