2050 STRATEGY FOR THE BLUE PACIFIC CONTINENT: A SEA CHANGE?

The Pacific Islands Forum Leaders, at their meeting in Funafuti, Tuvalu, last August, endorsed the development of a ‘2050 Strategy for the Blue Pacific Continent.’ Leaders thus tasked the Secretariat ‘to work closely with Members to prepare a draft strategy for Leaders’ consideration in Vanuatu in 2020.’ It is expected that in due course detailed terms of reference (TOR) will emerge.

However, there are ample references and directions in the Tuvalu Communique that will inform the TOR. Apart from providing clarity, these references and directions are of interest in that they present a mix of conventionality and novelty. Whilst the former is run-of-the-mill, the latter is curious. So much so that it fuels speculations that the format and the architectural configuration of the future Forum, in the context of the new Strategy, is likely to be a radical departure from what has prevailed since the inception of the Forum in 1971.

The first approach agreed to by Leaders is curious. Leaders welcomed the offer by the former PM of Tuvalu to commence dialogue to formulate a new 2050 vision. It would be expected of course that former PM Sopoaga, as the then chair of the PIF Troika, would initiate any action towards realising the Strategy. But this is not stated categorically in the Communique. This fuels speculation that Sopoaga had been hand-picked for other reasons.

It is general knowledge that Sopoaga has been regularly speaking out publicly against Australia for undermining the Boe Declaration. Recently, he questioned the justification of Australia’s membership of the Forum. Fiji PM Bainimarama added his weight to that viewpoint after the Funafuti meeting. In this general context, Sopoaga proposed the idea of a ‘United States of the Pacific’ (see June 2019 IB Issue) as a forum for Pacific Island Countries (PICs) only “to amplify their concerns about climate change on the global stage.”

Even more curious is the Leaders’ sanction that in envisioning the 2050 vision, Sopoaga needs only to focus on the ‘vision for PICs that recognised the Blue Pacific Continent.’ This is an unequivocal reference to restricting the vision to only a sub-grouping of Forum members without the developed country members of Australia and New Zealand (ANZ).

Furthermore, Sopoaga’s sanctioned TOR also apply to ascertaining how PICs ‘can form an effective union.’ As if that was not clear enough, the Tuvalu Communique then made the link to the SAMOA Pathway and the Boe Declaration as existing platform upon which to build this exercise.

The SAMOA Pathway is the UN-sponsored Action Platform for small island developing states (SIDS Action Platform). In the context it is used, the SAMOA Pathway is acknowledging the Pacific SIDS (PSIDS), a recognised grouping in the UN. PSIDS was also used interchangeably with PICs in the region up to 2016. Since then, two French territories have become Forum members and any continued usage of such interchangeability needs qualification.

It can be envisaged therefore that the provisions of the Tuvalu Communique are intended to ring-fence the PICs and their visions so that they can be prioritised in the proposed 2050 Strategy. The added reference to the Boe Declaration as a basis to build upon, is essentially to ensure framing into the new Strategy PICs’ ‘safe and secure future for the Pacific in the face of climate change.’ Note that the Boe Declaration reaffirms ‘that climate change remains the single greatest threat to the livelihoods, security and wellbeing of the peoples of the Pacific and our commitment to progress the implementation of the Paris Agreement.’

The SAMOA Pathway will of course provide directions as to how the PICs’ specific interests should be framed in the new Strategy. The Pathway, like the UN’s ‘The Future We Want’ before it, ascribes the status of ‘a special case’ to SIDS ‘for sustainable development in view of their unique and particular vulnerabilities and they remain constrained in meeting their goals in all three dimensions of sustainable development.’

The status of ‘a special case’ is a critical concept for the formulation of concessions and other forms of special and differential treatments. It can be applied across issues as widely as imagination, innovation and commitment allow. It is essentially a guide intended for global partners particularly on how to package their respective development assistance for optimal utility to the final beneficiaries.

In the context of the Tuvalu Communique, the ring-fencing of the PICs by way of consideration of an ‘effective union’ and the specification of their own distinctive visions were intended as tools for envisioning the new Strategy. They cannot be considered any other way. The new Strategy is to be founded on the unity of the current Forum membership. That is implicit. ANZ are foundation members of the Forum; which is not in any doubt. Inclusivity is a fundamental principle of the Forum. The challenge of course is to recognise this prevailing unity which envelops its constituent parts.

The tools for envisioning the new Strategy above, however, are essentially contingencies for structural review of the Forum’s architecture intended to preserve the unity of the group. Such a review is not just for the sake of another review. It is in the genuine interest of creating an architecture that will transform Pacific regionalism and maximise benefits to its membership, especially the PICs. A possible architecture envisaged would be one that offers space for a PICs-only forum with an overarching link to ANZ’s own forum. The overarching architecture, with its relevant governance structure, becomes the new Forum. ANZ already have their Closer Economic Relations (CER) and they may consider this as the natural component to counterbalance the PICs-only forum under the new architecture.

After 48 years of Pacific regionalism, the Forum drastically needs to demonstrate increased returns on its investment, cost-effective operations, and that the region is coherently integrated – generally and economically, apart of course from its effective integration into the global economy. There is more to be done. PICs have to increase tangible benefits from regionalism. The Forum Secretariat in particular, has to avoid being the whipping boy in the region.

The idea of a PICs-only forum in the greater context of the Pacific Islands Forum, is not new. Regional commentators, for example, have explored the two-caucus approach that launched the South Pacific Forum as a way forward to increasing the benefits to members, especially PICs. I referred earlier to Sopoaga’s idea of the United States of the Pacific. This was in the context of having a structure that would amplify PICs’ agency on climate change globally. In my chapter: ‘Towards a New Regional Diplomacy Architecture’, in Greg Fry and Sandra Tarte (eds) The New Pacific Diplomacy, I explore the prospect of such an architecture.

For the Forum, the new 2050 Strategy is intended as a plan, an undertaking and a framework aimed at ‘securing our future in the Pacific.’ The novelty of an approach with which to envision the new Strategy, sanctioned by Forum Leaders, is constructive. It is also a tacit acknowledgement that run-of-the-mill solutions for Pacific regionalism may have seen their heyday. It is time to be innovative. A new reality dawns. I foreshadowed such prospect in my latest article: ‘Death of Pacific Regionalism?’ Propitiously, a sea change for the Blue Pacific Continent beckons.

• The author is a former Fijian ambassador and Foreign Minister and runs his own consultancy company in Suva, Fiji. 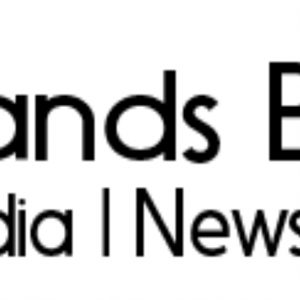 THE TONE FOR A ‘JUST AND TRANSPARENT’ USP IS VANISHING

I was impressed by the words of Vice-Chancellor, Professor Pal Ahluwalia, during the USP’s Emalus