The decision came late at night at the Forum Special Leaders Retreat, after a lengthy and contentious online summit. As the night wore on, it was clear that leaders were unable to reach a consensus about a successor to current Secretary General, Dame Meg Taylor. In an unprecedented situation, the leaders conducted a series of telephone votes to choose a candidate from amongst the five people running for the position. In a close decision, Puna defeated Marshall Islands Ambassador Gerald Zackios in the final round of voting.

The Special Leaders Retreat had been postponed numerous times in 2020, after the annual Pacific Islands Forum leaders meeting in Vanuatu was postponed because of the global coronavirus pandemic. Forum leaders still need to meet to address the triple challenge now facing the Pacific: the ongoing climate crisis; the challenge to medical systems and community health from the pandemic; and the associated economic crisis caused by border closures, disruption of supply chains, the collapse of overseas tourism and associated job losses.

These challenges are exacerbating political, cultural and social fault lines across the region. In the last few days, the New Caledonia government has collapsed in a no-confidence motion and the Vice Chancellor of the University of the South Pacific (USP) has been detained and deported by Fiji authorities. The brawl over Forum leadership has exacerbated longstanding concerns from some Smaller Island States (SIS) that the Forum is not prioritising their concerns.

Apart from the regional response to Covid-19, the key agenda item for the summit was the appointment of a successor to Dame Meg Taylor, the first woman to hold the position of Secretary General of the Forum Secretariat in Suva. After the summit, leaders thanked Taylor for her ‘stellar’ performance as she ends two terms of office.

Five candidates, from Cook Islands, Fiji, Tonga, Solomon Islands and Marshall Islands, were nominated. Under former President of Palau Tommy Remengesau Jr and his newly elected successor Surangel Whipps, Palau has been at the forefront of a joint push to appoint RMI diplomat Gerald Zackios to the post (the last Micronesian as Secretary General was former Kiribati President Ieremia Tabai in 1992-8). Both Palauan leaders have threatened to walk away from the regional organisation if Zackios was not appointed.

Speaking to journalists after the summit, Forum Chair Kausea Natano, Prime Minister of Tuvalu, stressed that the Forum was unified: “We have resolved everything and will continue to work together.”

This confidence is belied by the ongoing anger evident amongst some Micronesian leaders. Speaking to Palauan journalist Bernadette Carreon after the meeting, President Whipps expressed his disappointment, stating: “The South Pacific and larger countries stay together. Although we call this organisation the Pacific Islands Forum, its acting like the South Pacific Forum. Clearly there is no need really for Micronesia to be part of them, they don’t really consider us part of them.”

Prime Minister Natano said the Forum Secretariat had been tasked with preparing a study on the method of appointing the Secretary General and other senior regional positions. But in coming weeks, the unity of the wider Forum will be challenged as the Micronesian bloc determines their response.

The other key agenda item was the regional response to Covid-19 and the health and economic impacts of the global coronavirus pandemic.

In a statement after the meeting, leaders acknowledged “the region’s efforts to date to manage the spread of the COVID-19 pandemic in the Pacific region, including through the establishment and operationalisation of the Pacific Humanitarian Pathway on COVID-19.”

Islands nations have called for the equitable distribution of safe and effective vaccines across?the?region, at a time of production bottlenecks in Europe and the danger that a lengthy roll-out of vaccines will exacerbate economic impacts due to the loss of travel and tourism.

In a statement before the meeting, Australian Prime Minister Scott Morrison said: “Australia has committed A$200 million to help deliver the roll-out of safe and effective COVID-19 vaccines to protect our Pacific neighbours. This is in addition to A$80 million to the Gavi COVAX Facility’s Advance Market Commitment, to provide vaccines to the highest-risk groups in eligible countries, including in the Pacific.”

Island leaders welcomed support from Australia and New Zealand?to secure vaccines for all Pacific people? as well as “the multilateral and bilateral partnerships?working?to ensure?one?hundred percent coverage.”

Natano confirmed that “some countries will receive vaccines from China, Taiwan and other partners.” Already, France is providing vaccines to its Pacific dependencies and the United States is rolling out support in the US territories and three Freely Associated States. China has pledged support to developing country partners.

With the Astra-Zeneca vaccine to be produced by CSL laboratories in Australia, Dame Meg Taylor welcomed Morrison’s pledge of support, but confirmed there was no fixed timeline for the roll-out of vaccines across the regions. At the summit, leaders tasked Pacific health ministers to evaluate needs and logistics, and report back later this year.

Taylor told Islands Business: “All our countries have signed up to COVAX and a lot of the discussion was about how we’re going to access that, the costs etc.”

She added: “The Prime Minister of Australia did make commitments about finance, so that vaccinations will be available through the region and assured us about Astra-Zeneca production in Australia. That was received well by our leaders, to know that there would be vaccines not far away. There was a commitment that all the Pacific – in time – will get the vaccination. How all this rolls out will depend on supplies.”

As incoming Secretary General, Puna will face significant challenges in the regional agenda, including preparations for the COP26 climate negotiations in Glasgow; US-China tensions as the new Biden administration settles in; as well as regional debates over human rights and self-determination in West Papua, Bougainville and New Caledonia (The French dependency was the one Forum member not represented at the online summit, following the collapse of the government led by outgoing President Thierry Santa this week, in the midst of a tropical cyclone).

The incoming Secretary General will have to advance the Forum’s ‘Blue Pacific’ agenda, developing a 2050 strategy for the management and sustainable development of oceans, maritime resources and fisheries. With Puna as Prime Minister, Cook Islands has been a strong supporter of deep sea mining (DSM), which will raise concern amongst civil society groups that have been campaigning for a total ban on DSM within territorial waters and areas beyond national jurisdiction.

All these crises highlight the stresses on Pacific regionalism and the prospects for unified collective action to address the COVID and climate emergencies. Henry Puna will have a full in-tray when he assumes office.

For more analysis look out for the February issue of Islands Business magazine. 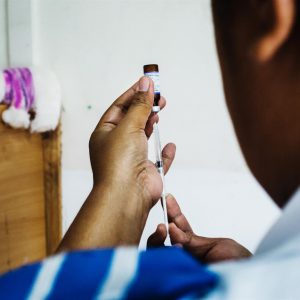 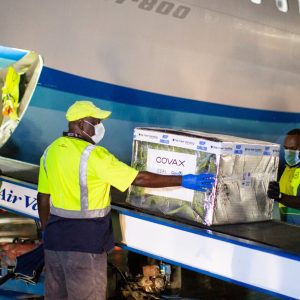