Is Fiji Out of the Playoffs?

A very poor performance by the Flying Fijians in the first spell of the game saw Uruguay claim one of the biggest upset in the Rugby World Cup 2019.

Although scoring a quick try to hooker Mesulame Dolokoto in the 7th minute, the Fijian boys were not looking great in the field and unforced errors was their closest friend, it seems.
Uruguay made Fiji paid for these mistakes when they quickly bounced back to seal a try of their own to half-back Santiago Arata when he side-stepped his way to score straight under the uprights.

Eroni Mawi scored Fiji’s second try in the 18th minute from a good quick pick and drive in the rucks and converted by Josh Matavesi. Matavesi overall did not have a good outing in the kicking department, managing a mere 25% kicking accuracy in the game.

It became vey apparent as the game progressed that the South Americans were not going to be the usual walk in the park kind of opponent when lock forward Ignatio Dotti ploughed his way through to score n the 21st minute.

This was followed by another try to centre Juan Manuel Cat which saw some beautiful pass and support play from the back-line.

The uprights were lighting up all afternoon as Felipe Berchesi kept knocking all conversions over including a penalty goal in the 37th minute.

At half time, the Flying Fijians left the field unsatisfied and mostly displeased with themselves for the horrendous performance. Uruguay lead 24 – 12.

The second half was no different for the Fijians as errors after errors continued to mount and overflowed. Its as if the Flying Fijians have had their wings clipped as they just can’t seem to find their usual rhythm.

Fiji was awarded a penalty at the 44th minute but Matavesi was unable to convert it to a 3 pointer. Lock forward Api Ratuniyarawa however managed to claim a try for his white and black team but the kick was unsuccessful.

Uruguay kept on applying good pressure rugby and were very decisive in executing plays in the close contact aspect of the game which resulted in another penalty goal in the 66th minute.

Their rucks were clean and tackles were absolutely on point on several occasions and often robbed Fiji from scoring tries.

Nikola Matawalu came in as a late halfback replacement in the second half and claimed two tries for his error-riddled side. But it was too little too late.

Uruguay had already sealed the deal through the boots of fly-half Berchesi to claim victory over the South Seas talent-rich side that were not looking so flashy as they did against the Australians only three days ago.

With Fiji’s second loss in the RWC 2019 and Tonga’s loss to England on its first game last Sunday (3-35), it leaves Samoa as the only one out of the three Pacific island nations that has tasted victory since the RWC began on Thursday last week.

Tonga is playing next against Argentina on Saturday (sep28) at Hanazono Rugby Stadium in Higashiosaka City at Osaka Prefecture while Samoa meets Scotaland on Monday (sep30) at Kobe Misaki Stadium in Kobe City.

In a move that would prove a big boost to Pacific Islands athletes, Brisbane is 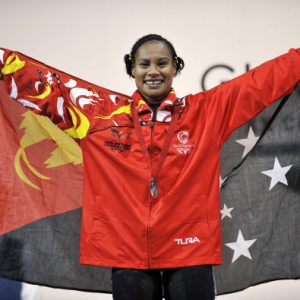 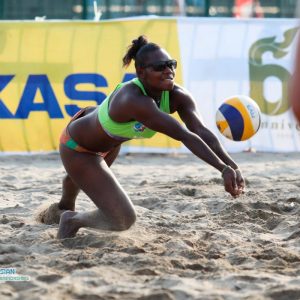 Samoan weightlifter, John Tafi, set a new record for the Oceania region in the Junior