A European Union report on Fiji states the Media Industry Development Decree continues to impose pressure on journalists in Fiji.

The EU annual report on Human Rights and Democracy in Fiji 2018 says the Decree is “hindering full and transparent democratic debate.”

“Despite the acquittal of three members of the local Fiji Times newspaper of sedition charges in May 2018, concerns on media freedom persist,” the EU report states.

“The Media Industry Development Decree of 2010 is still in place, continuing to impose pressure on journalists, editors and media owners, triggering self-censorship and hindering full and transparent democratic debate. Implementation of the Online Safety Act 2018 is to be done in line with international standards on freedom of expression,” the EU says.

The European Union has also revealed that it wanted to send an observer team to the 2018 general election, but the Fijian Government refused the offer.

The European Union has its own Election Experts Mission (EEM).

“The offer was not taken up by Fiji’s government. Instead, the EU was invited to nominate observers to be part of the Multinational Observer Group (MOG) co-led by Australia, Indonesia and India, which had to be declined due to the conflicting methodologies for election observation,” states the EU report.

The report says Fiji held general elections in 2018 and according to the report of the Multinational Observer Group Fijian voters were able to exercise their right to vote freely.

“However, further efforts were needed to address the remaining challenges with regard to the polling process and ensure a meaningful dialogue with civil society which remains determined to become local observers in the next election,” the EU annual report on Human Rights and Democracy in Fiji 2018 states.

In October 2018, Fiji was elected to the UN Human Rights Council for a three-year term.

“(This) should give further impetus to strengthening the rule of law and ensuring protection of human rights and freedoms in the country,” the EU says.

The EU annual report on Human Rights and Democracy in Fiji 2018 states the Government condemns violence against women and children and is involved in awareness campaigns.

“The Women’s Action Plan (2010-2019) is in place and a first ever Child Helpline and Domestic Violence Helpline have been established,” says the report. 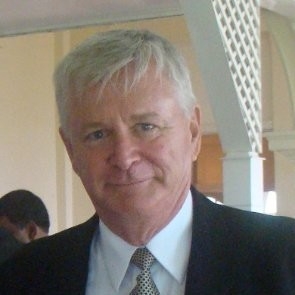 In 1999, Canadian broadcaster, Ken Clark, moved to Fiji to take over operations of a