After five years leading ANZ’s business in Fiji, ANZ Fiji Country Head Saud Minam will leave ANZ on 30 April 2021. During his tenure at ANZ Fiji, Mr Minam oversaw the FJ$10m refurbishment of ANZ Fiji’s branch network, bringing it up to international standards, as well as advances in digital banking, including the introduction of the ANZ Pacific App to Fijian customers.

The Market Capitalisation of the South Pacific Stock Exchange for the week ending January 22 slightly fell by 1.79% and concluded the week at $3.44 billion. This was mainly due to the negative share price movements recorded for Amalgamated Telecom Holdings Limited (ATH) and BSP Convertible Notes Limited (BCN).

More than 10,000 people responded to an online survey looking at local tourism and organised by the Fiji Hotel and Tourism Organisation and the Market Development Authority. “The survey results will support tourism operators in the country to refine their pricing and marketing strategies going forward to better understand and grow their local tourism numbers, especially now while borders are still closed and the ability to take an international holiday has been curtailed” FHTA CEO Fantasha Lockington says.

The Department of Town and Country Planning approved three major building applications valued at $28.4 million dollars in November and December last year. That follows approvals worth $82.6 million in October 2020. The approvals are for a town house development in Nadi, a hotel development at Vuda Point, and an industrial warehouse at the Kalabu Tax Free Zone to be built by Lyndhurst.

Port Denarau Marina will not be paying dividends for the financial year ending 31 July 2002 due to the impacts of COVID-19.  Its AGM resolved to reappoint Bryan John Skeggs and Bruce Phillips as directors of the company, which is the most recen to list on the South Pacific Stock Exchange.

Polling for office holders of the Fiji Bank and Finance Sector Employees Union (FBFSEU) begins next Monday, January 25. Aunendra Singh and Jovesa Seru are running for the position of National Secretary.

Kontiki Finance (KFL) has announced a $0.03 per share interim dividend, with shareholders having the opportunity to reinvest their dividend into additional KFL shares. The reinvestment price is $1.01 per share, which represents a 5% discount on the average share price over the previous month. Kontiki says its Total Assets under Management grew to $263.5m as at 31 December 2020, compared with $239.8m as at 31 December 2019, an increase of 10%. For the six months ending 31st December 2020, the Group recorded a Net Profit After Tax (NPAT) of $6.3m, an increase of 16% from the $5.4m NPAT recorded for the same period the previous year.

Fiji Link has introduced mobile (digital) boarding pass options for customers checking in online for domestic flights from Nadi, Suva and Labasa. Customers flying domestically from the three airports are able to use mobile boarding passes generated on their device after they check-in online, without the need for a printed boarding pass. Fiji Link is also inviting customers to self-scan their paper or mobile boarding pass at the Boarding Gates, to further reduce contact and the risk of cross-contamination between different groups of people.

Members of the Fiji National Provident Fund who have accessed the ongoing COVID-19 withdrawals and wish to continue receiving this assistance, must re-apply on the myFNPF App or through their employer. This is specifically for those members who had accessed Phase 2 Round 3 and had consented for future assistance but received a contribution in their FNPF account over the past four months 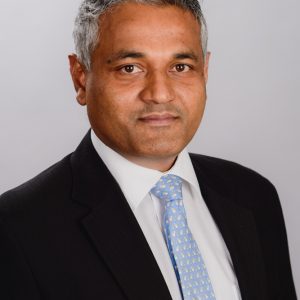 As the global trade environment pushes further into uncertain territory, Fijian exporters are being urged