Fiji has been told to amend its Crimes Decree to criminalise all forms of trafficking in persons.

That’s one of the key recommendations presented in the 2018 Report on Trafficking in Persons that has been released by the US State Department.

Criminalising trafficking in persons will include forced labour, says the recommendation.

The US Government also wants Fiji to designate a government agency responsible for coordinating victim services and make efforts to allow identified trafficking victims to work and earn income while assisting with investigations.

Overall, the report states the government of Fiji does not fully meet the minimum standards for the elimination of trafficking in persons, says the United States government’s 2018 report on Trafficking in Persons.

The 2018 report states that Fiji is making significant efforts to curb trafficking in persons.

“However, the government did not convict any traffickers for the third consecutive year or dedicate sufficient resources to officials leading anti-trafficking efforts. It did not proactively screen for trafficking victims among vulnerable groups, particularly children exploited in sex trafficking, or take steps to implement its anti-trafficking national action plan,” states the report.

There are several recommendations for Fiji in the report.

Some of them being a call to dedicate and increase resources for the police anti-trafficking unit and developing and implementing formal victim identification and referral procedures.

Other recommendations state Fiji should proactively screen vulnerable groups, such as foreign migrant workers on fishing vessels and those allegedly involved in prostitution and exploited children for trafficking.

Fiji is being told to enforce its laws to punish offenders.

“Increase efforts to investigate and prosecute trafficking offenses, and convict and punish traffickers, including by improving interagency coordination” says the report.

The report says the government did not offer legal alternatives to foreign victims’ removal to countries in which they would face retribution or hardship or allow foreign victims to work, adding the government also did not provide anti-trafficking training to Fijian military personnel prior to their deployment abroad as part of international peacekeeping missions.

“As reported over the past five years, Fiji is a source, destination, and transit country for men, women, and children subjected to sex trafficking and forced labour,” the report states.

Fijian women and children are subjected to sex trafficking and domestic servitude, notes the report.

“Family members, taxi drivers, foreign tourists, businessmen, and crew on foreign fishing vessels have allegedly exploited Fijian children in sex trafficking. Some Fijian children are at risk of human trafficking as families follow a traditional practice of sending them to live with relatives or families in larger cities, where they may be subjected to domestic servitude or coerced to engage in sexual activity in exchange for food, clothing, shelter, or school fees,” the report says.

Women from China, Thailand, and other East Asian countries are exploited in illegal brothels posing as massage parlours and spas, local hotels, and private homes,” says the report.

“Workers from South and East Asian countries are subjected to forced labour in small and informal farms and factories, construction, and on fishing vessels that transit through Fiji or board fishing vessels (mainly China and Taiwan-flagged) from Fiji ports and waters.” 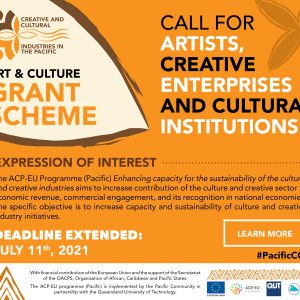