Joseph Christopher had filed constitutional redress case against the Attorney General and the Corrections Commissioner after he was locked up with two other inmates, who raped him with a tooth-brush in October 2017.

Christopher was a remand prisoner and the four assailants were serving prisoners.

In his judgement delivered on 15th June, Justice Lyone Seneviratne discussed two aspects of the Fiji 2013 Constitution to reach a decision.

Section 13(1)(e) states that every person who is arrested and detained has the right to be held separately from persons who are serving a sentence and Section 13(1)(j) provides that every person who is arrested or detained has rights to conditions of detention that are consistent with human dignity, including at least the opportunity to exercise regularly and the provision, at State expense, of adequate accommodation, nutrition, and medical treatment.

“In my view under no circumstance the remand prisoner can be detained along with [a] convicted prisoner,” says Justice Seneviratne.

The judgement records that there was a hunger strike at the Naboro Prison around October 6th 2017 and prison officers decided to separate the inmates behind the strike.

Christopher had complained to prison officers later that a tooth-brush was inserted into his anus by this group of serving prisoners.

“When officers of the prison act in violation of the rights guaranteed by the Constitution of the detainees, there is no other remedy available to them. The applicant can complain to the police and take steps to prosecute the prisoners who sexually assaulted him but would any purpose be served if he complains to the very officers who violated his rights?” asks Justice Seneviratne.

The judgement says when the Bill of Rights in the 2013 Constitution was enacted the legislature intended to safeguard the rights of the people.

He also ordered the Attorney General and the Corrections Commissioner to pay $500 in court costs to Christopher. 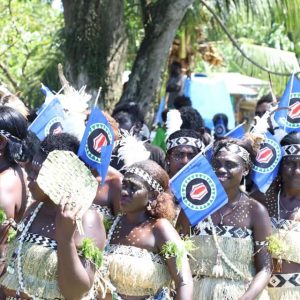