Bula Force will not be forgotten

The ‘Bula Force’ has been awarded the Australian Chief of Defence Force Commendation Medal for their service during the catastrophic bushfires which ravaged Australia earlier this year.

Australia’s High Commissioner to Fiji says the team of 54 Fijian military and National Fire Authority personnel left a lasting impact on communities and ADF personnel during their five weeks of duty, under Operation Bushfire Assist.

From opening the Snowy River Estuary, to constructing bridges and clearing over 170 kilometres of fires road to improve accessibility, the Bula Force earned a special place within the Orbost community in rural Victoria.

“You were part of something bigger,” said Feakes.

Almost a year ago, the Fijian and Australian governments signed the Vuvale Partnership to strengthen bilateral economic relations between the two states.

“It was a landmark moment in the relationship between our countries,” he Feakes emphasised.  “It committed us to increasing our engagement to meet common challenges and maintain a secure region.”

The presence of the Bula Force on the ground held historic significance, for it was the first time Fijian military forces had been deployed to Australia.

Corporal Rabuku, a Fijian military media personnel and member of the Bula Force, stated that tackling the bushfires in Australia exposed him and others to another impact of climate change in the Pacific region.

“It was a rare experience for us,” Rabuku said.  “Because out in the islands we are experiencing rising sea levels…  Back in Australia we were exposed to another effect of climate change which is rising world temperatures.”

Members of the Orbost community and ADF personnel added that the Fijians left an impact on their lives through not only their good deeds but also their ‘Bula Spirit’.

According to Corporal Rabuku, the Bula Spirit is ‘alive’ and is an integral part of the Fijian identity and ‘island friendliness’.

“When we are out there, it is a part of us,” said Rabuku.  “The six-month anniversary is the result of the Bula approach to Australian people affected by the Bushfire Operation.”

Aside from natural disasters, Feakes added that COVID-19 remains major challenge for both nations and reiterated Australia’s responsibility to assist Fiji as it deals with the pandemic’s economic ramifications.

The Australian Army History Unit is also gathering records of Fiji’s contribution of Operation Bushfire Assist to create an enduring exhibition that will given to Fiji as a token of appreciation. 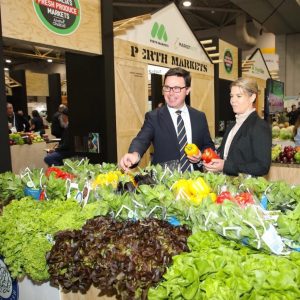