The Asian Development Bank says economic prospects for the Pacific are good, with growth expected to increase to 3.5 per cent this year.

The ABD predicts growth of 3.2 per cent in 2020, still well above the one per cent growth experienced last year.

In its flagship publication, the Pacific Economic Monitor, the ADB says this positive outlook comes despite the global economic slowdown last year.

ADB Director General for the Pacific. Carmela Locsin is impressed with improvements in social protection, health and education indicators in the region.

“However, more needs to be done to strengthen support vulnerable groups, including the unemployed, women, children, and the elderly,” Locsin says.

The ADB report also highlights the need to continuously strengthen quality education in the region.

“A well educated workforce realises higher earnings ever time, and contributes to improved health outcomes, social equity and cohesion, all of which ultimately contribute to reducing hardship and vulnerability,” it states.

The report revealed the need to close the gender gap in education for the Solomon Islands, given the disparity in education outcomes between males (80%) and females (60%) was most significant in provinces with the lowest literacy rates like Malaita and Temotu.

These results are influenced by the geography of the two island states, where an average child can be travelling for as long as two hours to school either by walking, or paddling up and down rivers.

The report states that 46% of  Papua New Guinea’s  7.2 million people are employed.

“From this 3.2 million are recorded as employed, either formally or informally and 87,544 (2.6% of the labor force) were unemployed, seeking employment.

In terms of health outcomes, the report states that child mortality has declined by 32% since 1990.

However it says Samoa’s public health sector is deteriorating, due to reduced health workforce, drug shortages and accessibility challenges.

The report says Timor-Leste is in the midst of a silent emergency, “despite showing good progress in improving health services, almost half all children aged under-5 show signs of serious under nutrition.”

However it is not all gloomy, as the report says the overall health of Timor Leste’s population has improved since 1990, surpassed the average seen in the Pacific. 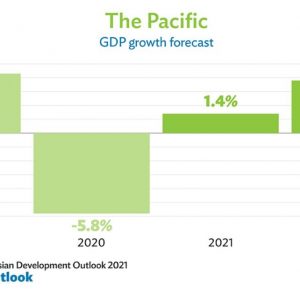 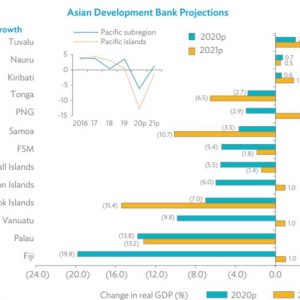 Economic growth expectations for the Pacific have been downgraded to decline by 6.1% for 2020. 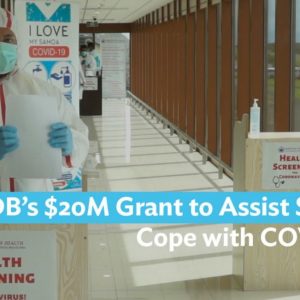 The Asian Development Bank has announced a series of grants to Pacific nations. US$13.3million has 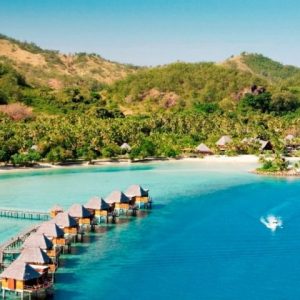 Fiji faced with a potential US$608 million tourism loss

Fiji is looking at a potential loss of F$1.4 billion (US$608 million) in tourism earnings