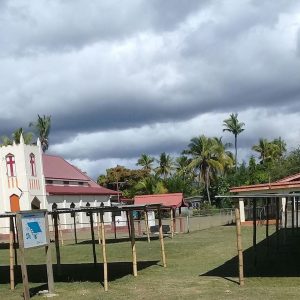 By Peni Komaisavai An attempt to install Solomoni Naisau Nabuta  as the Tui Ba was stopped today by police. Police spokeswoman Ana 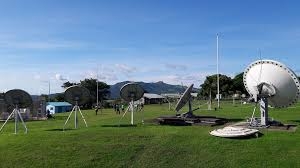 BY: Anish Chand   The Fiji Meteorological Department is forecasting a dry season for Fiji until November due to the onset of an El Niño event. In their Fiji Climate Outlook report covering June to November 2019, Fiji Met says below-average rainfall is favoured across the country during both the June to August and September to November 2019 periods. The report states Fiji is already into the cool/dry season, with the peak period from June to August. “As we progress through the dry season, rainfall deficiency may begin to emerge, especially in the dry zones (Western and Northern Division), due to the onset of an El Niño event. El Niño conditions are likely tocontinue through the June to August 2019 period, with its impacts likely to be observed through most of the cool/dry season period,” the report states. Fiji Met says air temperatures over the Fiji Group are likely to be normal to below normal during  June to August and September to November 2019 periods.  “The sea surface temperatures in the Fiji region are expected to be around normal to slightly above normal through the June to August 2019 period,” Fiji Met forecasts. For the sugar industry, Fiji Met is forecasting below normal rainfall likely across the sugarcane belts during both May to July and August to October 2019 periods. “The next most likely outcome is near normal rainfall with above normal rainfall as the least likely outcome.  The peak dry season months are from June to August. Therefore, rainfall activity is expected todecrease in the coming months,” Fiji Met report says. Weak El Niño conditions persist in the tropical Pacific, with model predictions favoring continuation of such conditions through most of 2019, states the report. Fiji Met says model favours near average rainfall at Monasavu